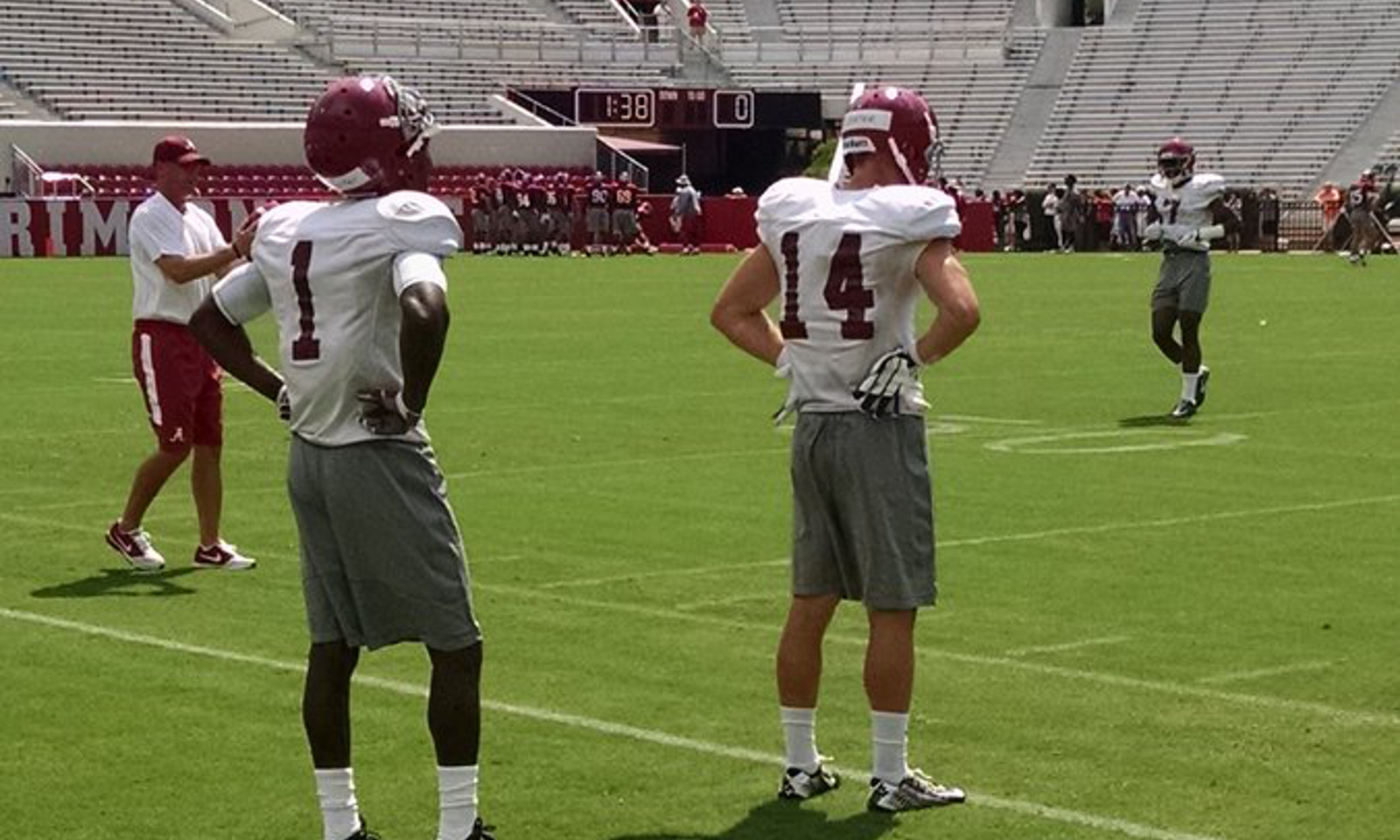 Wide receiver Robert Foster was one of multiple headline names signed in Alabama’s 2013 recruiting class. He was a five-star prospect and one of the nation’s most explosive high school targets, nevertheless, it’s taken him two years to get settled into Nick Saban’s way of operating.

After redshirting in 2013 and encountering some issues in 2014, the redshirt junior came full circle to start the 2015 season. He, along with ArDarius Stewart, emerged in spring practice and carried the momentum into fall camp. Foster earned his first start in the Crimson Tide’s season opener against Wisconsin; a game in which he totaled four catches for 50 yards and a touchdown.

He would record his second touchdown against Middle Tennessee State, before ultimately missing the rest of the year because of a rotator cuff injury (right shoulder) against Ole Miss.

Foster (6-foot-2, 191 pounds) returned strong in spring practice, amassing 106 receiving yards and two touchdowns on four catches in one of two scrimmages. He posted the fastest time in the 40-yard dash among receivers—4.34 seconds. Calvin Ridley and ArDarius Stewart will command much attention, but Tide offensive coordinator Lane Kiffin is excited about Foster.

“I think people forget that as great as Calvin Ridley was last year and the 89 catches he had, Calvin actually backed up Robert last year,” Kiffin said.

“To see Robert really develop from his redshirt freshman year where continue to learn and grow in the process to being able to start last season and score his first touchdown in the season opener, he would have had a great season if he didn’t get hurt.”

Kiffin continued with; “Robert has a very special skill set as a far as speed and building to get on top of the coverage downfield. If he’s healthy, he will help not only himself but others play well.”

The Central Valley High School graduate and Monaca, Pa. native caught two passes for 25 yards in Alabama’s spring game. Kiffin will also be mentoring the likes of Cameron Sims and Gehrig Dieter within the offense; however, Foster is one player that is ready to dominate in the fall.