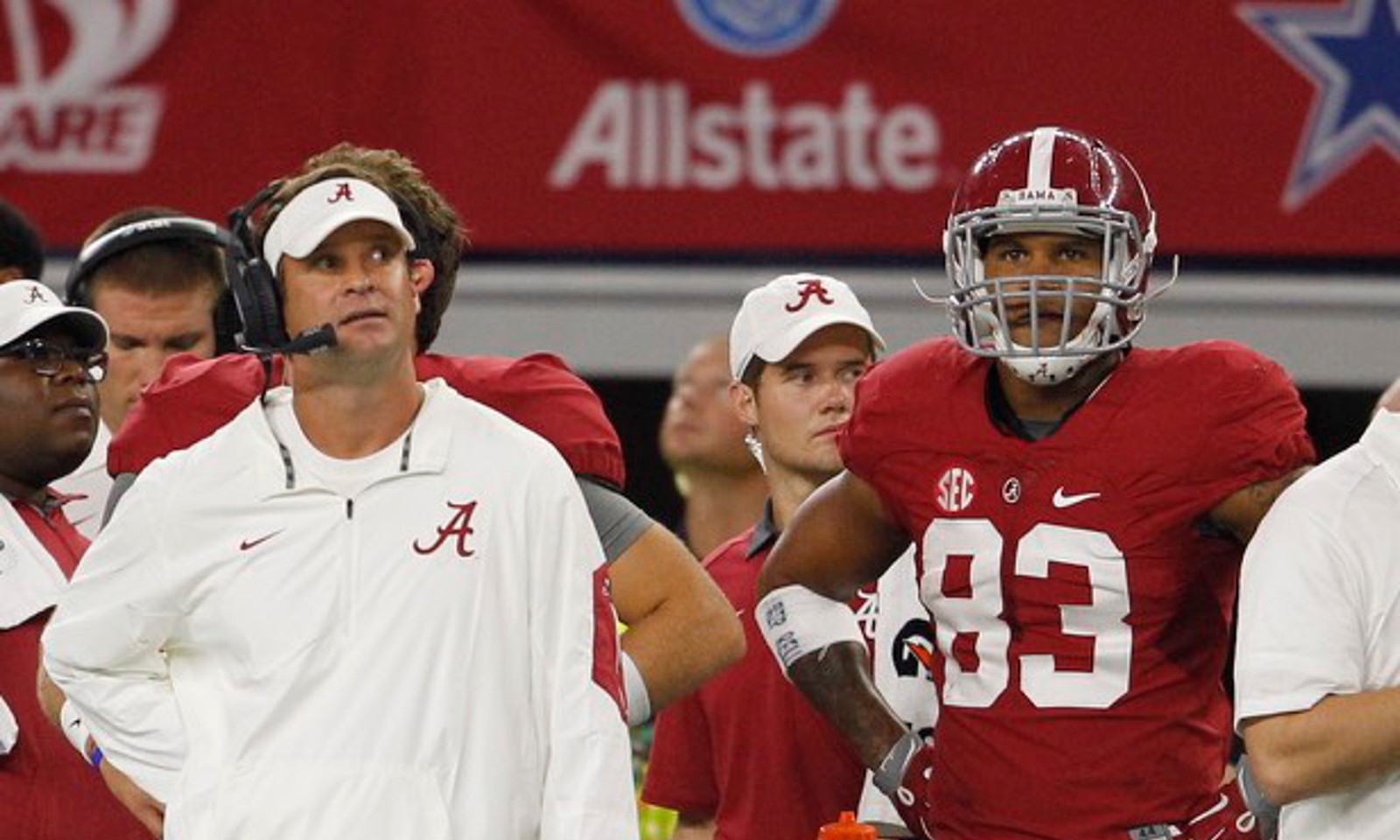 These are the five glaring things that this author took away from Alabama’s opening game against USC. Agree or disagree? Read and see.

1. That this team has an awesome defense – The secondary got burned a few times, which happens even on the best of days, but overall, the defense looked great all day long. The run stop looked solid, the pass rush fantastic and overall, the secondary was solid.

With a lot of new starters, the defense was able to continue to substitute second and third stringers in as before without a noticeable drop off in productivity. This is going to be a great unit that will only get better and that statement alone is one that sends chills up the spines of future opponents.

2. That Jalen Hurts may not be ready for “Primetime” yet – The starting quarterback at Alabama isn’t the one with the most upside, he’s the one that makes the least mistakes while moving the chains. Despite the good things Hurts did, there are two big stupid freshman mistakes that just can’t be done in a close game against a better opponent.

If he learns from those mistakes and doesn’t repeat them, then fine, but if they repeat themselves, especially against a lesser opponent like Western Kentucky, then Hurts may find himself on the bench and playing mop up time as Barnett did this week.

Don’t take this as a knock on Hurts, he can do some fantastic things, but if he doesn’t stop the mistakes then it won’t matter how good he can be. Saban uses quarterbacks who don’t make mistakes on a regular basis. The stats and quarterback ratings pretty much agree with this.

It’s easy to get lost in Hurts big plays, but two turnovers to zero for Barnett will be in the forefront of Saban’s mind. The fumble should actually count as two stupid mistakes. The first was the fumble itself, the second was trying to scoop it up and missing the ball instead of simply throwing yourself on it and securing it.

3. That Damien Harris is the man, not Scarbrough – I said all preseason and in my article “What to Watch For in the Alabama – USC Game Saturday” that I expected Harris to be “The Man” and average more yards per carry that Scarbrough. That panned out and I expect Harris to continue to the main man all season long.

Scarbrough may have gotten all the off season headlines and speculation, but those of us that know football see talent and ignore hype. Scarbrough may come along and be a great running back at some point, but Harris is there now.

But that is indeed what happened. Ridley had a few uncharacteristic drops as well. With other talented guys around him, he may not the star he was last season at all.

What is possible and very probable is that leading receiver of each game might be a title that is passed around often.

5. This team is intense – Players showed leadership on the field and on the sideline and the team as a whole showed great intensity, not just on the field, but on the sidelines too. A fight almost broke out on the sideline between players who wanted to do more than just discuss how things should go. Perhaps since USC wouldn’t put up a good fight, they just decided to fight among themselves.

But all teasing aside, the defense looked in post season form and sure played like the nation’s #1 defense. 242 yards of rushing against a good defense shows the offense is already playing intensely. The offensive line started a bit slow, but really came on and asserted themselves as the game went on.

The fact that this Alabama team played a legitimate top 20 team and made them look like a subdivision school shows just how far along this team is in just the first game of the year. This is a team that is clearly in the league of the haves in a world or mostly have nots. They put up 465 yards of offense and called the dogs off in the 4th quarter while only allowing USC 194.

At the end of the first week, only a few schools looked capable of earnestly playing with this team  for 60 minutes and even fewer seem capable of beating them. But then let’s all keep in mind that this is only week one and oh yes, you absolutely did have to take away that Kiffin enjoyed piling the points on his former school that so unceremoniously fired him.