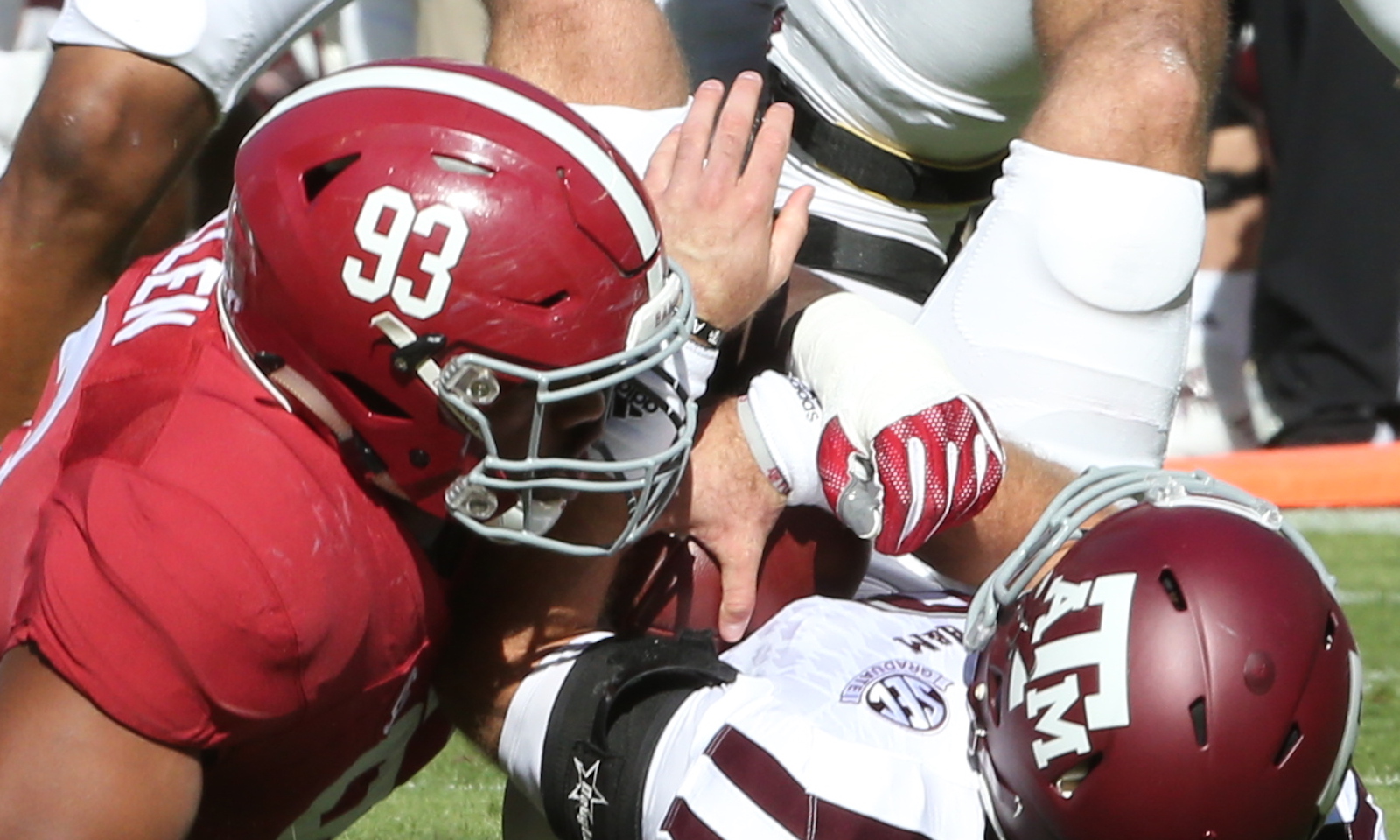 His latest honor was the FWAA/Bronko Nagurski National Defensive Player of the Week, which Allen received on Tuesday. The 6-foot-3, 291-pound senior recorded six total tackles, including a tackle for loss and a sack in the Crimson Tide’s 33-14 win over the Aggies. He totaled a career-high four quarterback hurries, giving him 10 on the year and his second defensive touchdown; a 30-yard fumble return in the third quarter.

Despite not leading the team in sacks and tackles for loss, Allen is most productive when it comes to affecting quarterbacks. His 24 career sacks ranks third all-time in school history, behind Kindal Moorehead and Derrick Thomas. He is regarded as one of the top defensive line prospects for next year’s NFL Draft and per Nick Saban, he hopes Allen is considered for the Heisman.

“I think he would be a great candidate for it,” Saban said Wednesday, regarding Allen’s chances at a Heisman.

His case is strong, but the Heisman is widely-known for being an award for skill players.

Since it originated in 1935, only one defensive player has hoisted the coveted bronze trophy, Charles Woodson (1997). Allen is one of the team leaders in touchdowns (two), and anchors a unit that has allowed 14.9 points, 70.1 rushing yards, 274.5 total yards and 33.3 percent conversion rate on third downs.

He has six of the team’s 32 sacks and two of its 13 takeaways on defense.