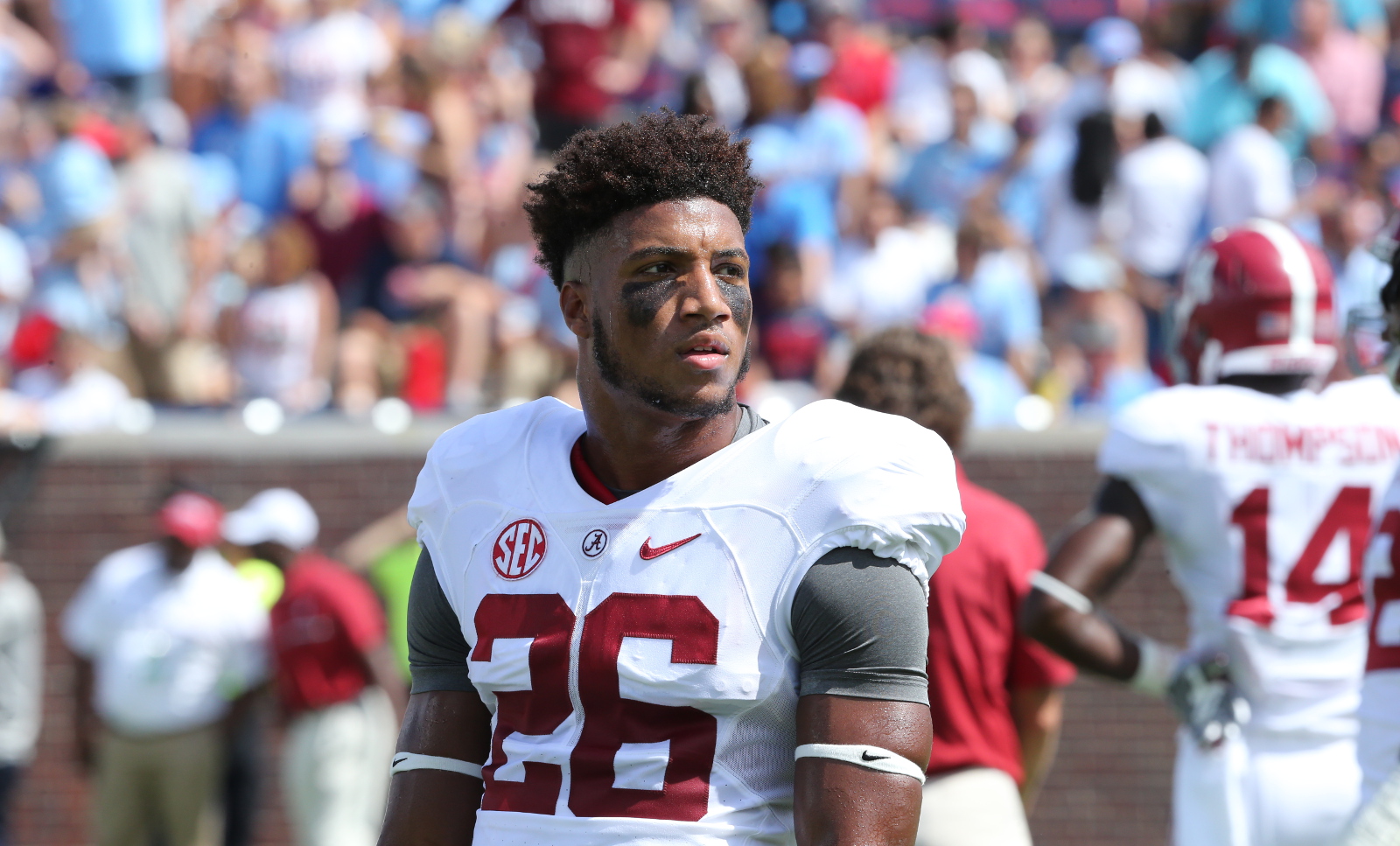 He’s been regarded by many NFL Draft experts as a first-round pick, but reasons for that were not shown against the Hogs. Arkansas’ quarterback Austin Allen torched Alabama’s secondary for 400 passing yards and three touchdowns, joining Ole Miss’ Chad Kelly (421 yards, three scores) as the second guy to do it this season.

Humphrey was picked on multiple times, including once in the second quarter—when Allen found wide out Keon Hatcher for a 16-yard touchdown. After heeding words of wisdom from safety Eddie Jackson in a meeting, the sophomore cornerback began to turn things around in the following weeks.

He delivered a strong performance against Texas A&M, finishing with three total tackles. Humphrey bailed out his quarterback, Jalen Hurts, with a interception in the second quarter. His effort gave the Crimson Tide back possession, after Hurts tossed his fifth pick of the year. Humphrey’s second interception was a result of him splitting the zone and attacking the ball, which brought much excitement from Jackson and teammates.

“The best way to get through this stretch is to keep working,” Humphrey said.

As for the preparation going into last week’s game, Humphrey said it was the goal was to cut off the angles from Texas A&M’s explosive wide receivers.

“It was tough,” he said. “We knew that Christian Kirk, Josh Reynolds and Speedy Noil were three of the best receivers in the SEC and probably in the nation. We had a couple of calls when were going to double Christian Kirk, but I think we limited him and Josh Reynolds (deep ball) pretty good.”

Humphrey led a Tide’s secondary that held Trevor Knight to a 45.2 percent completion rating (14 of 31 passing) and 164 passing yards. No Aggies’ receiver total 100 yards, despite both Kirk and Reynolds snatching touchdown passes. With Eddie Jackson out (leg), more responsibility falls on Humphrey and the defensive backfield as we head down the stretch. Alabama will travel to Tiger Stadium to face LSU on Saturday, Nov. 5.