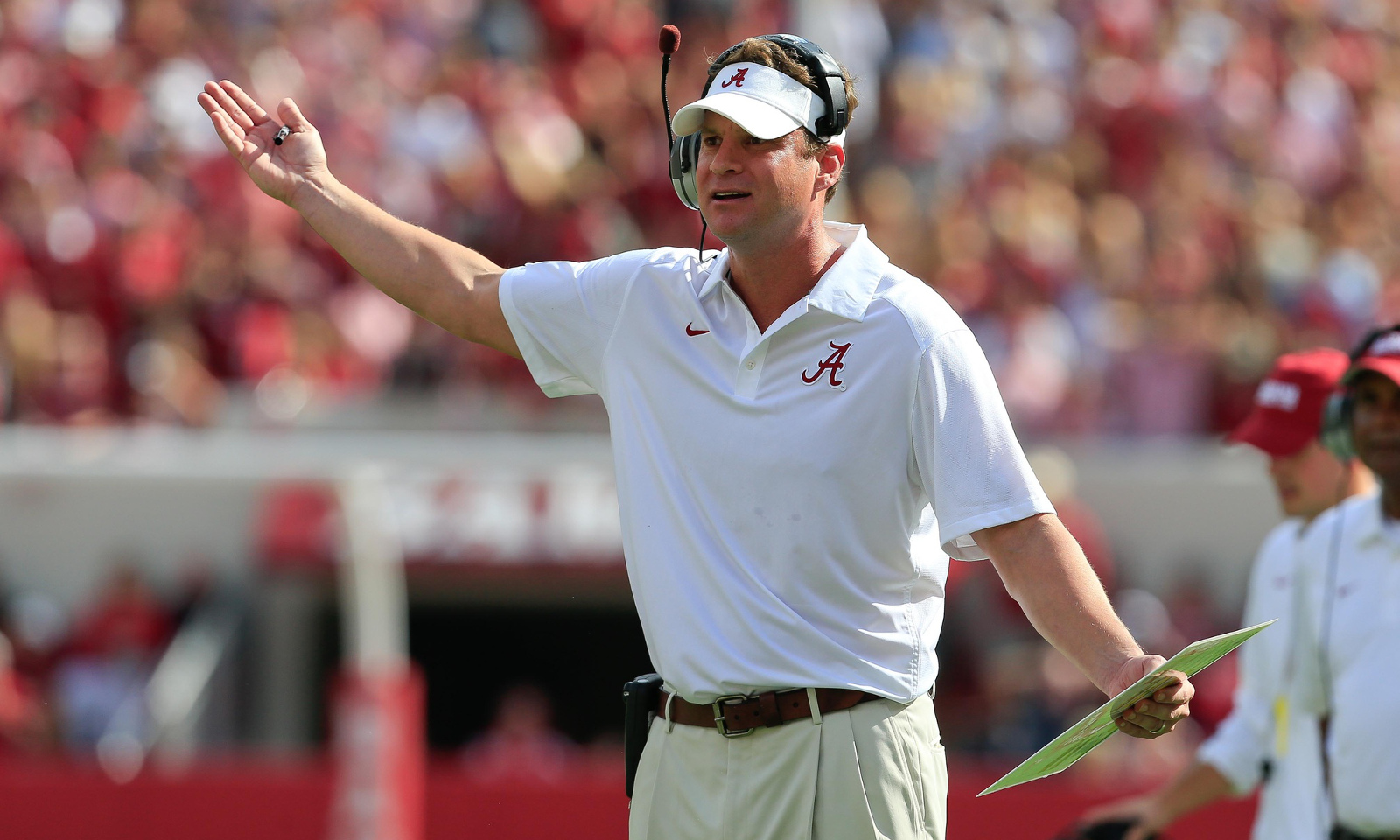 TUSCALOOSA, Ala.– The bromance of Nick Saban and Lane Kiffin is being tested with each passing day. While speculation continues to make a case for Kiffin to LSU, Houston has raised its hand to offer the 41-year-old something more enticing—a head coaching chance. Per Joseph Duarte of the Houston Chronicle, Kiffin is one multiple candidates being looked at to replace Tom Herman, who accepted a head coaching job at Texas.

Since being hired to Alabama in 2014, Kiffin had revived himself as a coach and play caller.

Kiffin’s track record of extreme highs and crushing lows as a head coach started in 2007, when he took over the Oakland Raiders. It became very obvious that he wasn’t ready to take on the National Football League.

After two years and a 5-15 record, Kiffin was fired by then owner Al Davis.

He would have success in his return to college football with the Tennessee Volunteers. Kiffin was hired in 2009, and coached the team to victories against Georgia and South Carolina. A 12-10 loss against Alabama stung, but the Vols earned a bowl appearance at 7-6. Despite getting Tennessee to postseason action and molding a solid quarterback (Jonathan Crompton), off-field issues led to Kiffin’s abrupt departure.

Even with Southern California in sanctions, he believed that he could turn it around.

Kiffin posted a 28-15 record in four seasons at USC (2010-13), including a 10-2 mark in 2011 that did not result in the Trojans making a bowl game (NCAA sanctions). He would be fired in 2013, following a 3-2 start and losing two conference games. All of this information is ideal, yet it means nothing because Houston still wants an offensive mind. Herman coached the Cougars to an American Athletic Conference title in 2015 and though it’s 9-3 this season, dreams of making the playoff quickly faded after a loss to Navy.

Going to Houston would place Kiffin in the state where five-star recruits run wild, Texas.

Unlike Herman, Kiffin could raise the recruiting numbers for the Cougars into the top 25 while the highest class Herman signed could be next year’s group at No. 35 (should it stand). He wouldn’t have a chance to work with quarterback Greg Ward, Jr., as he’s a graduating senior, but Kiffin should inherit two capable backs in Duke Catalon and Dillon Birden. At wide receiver, he would collect Linell Bonner and Steven Dunbar.

In three seasons, Kiffin’s had his nose in bringing Alabama a top-three signing class.

Should everyone stay in line for 2017, it would be his third No.1 class that’s he’s helped recruit. His mouth and off-field antics have caused him much pain in the coaching ranks, but if learning under Saban has helped at all, Kiffin knows this may be his last opportunity to run the table. It’s still considered a mere rumor for now, but don’t be surprised if he takes the bait. In September, Alabama hired Steve Sarkisian as an offensive analyst.