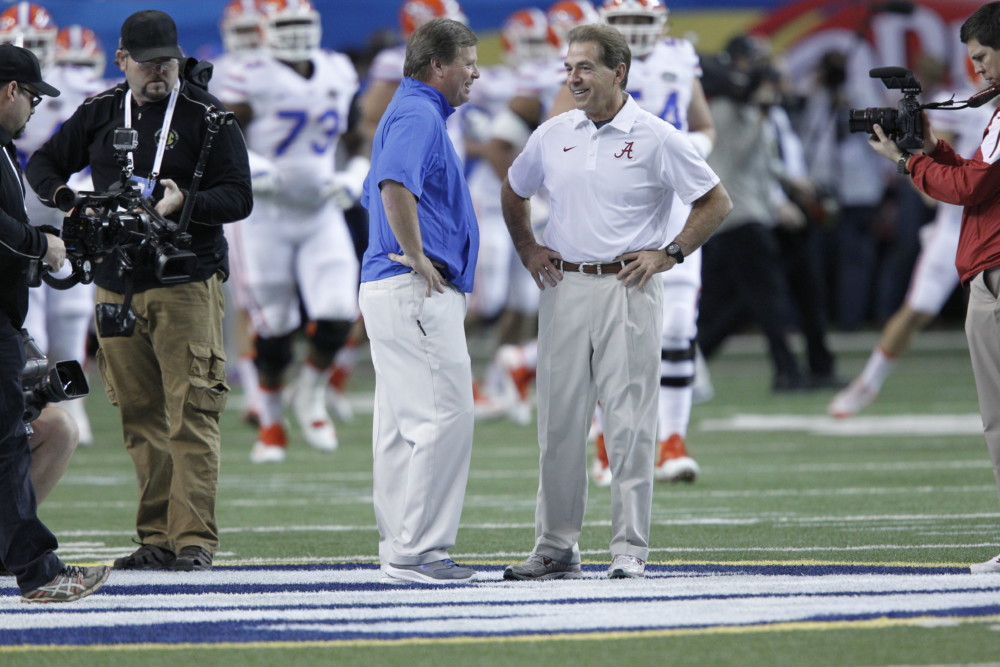 Read this and first see if you agree, then see how close it is to the actual outcome that transpires in the SEC Championship Game.

How the SEC Championship Game Plays Out

Auburn is a better team that Florida, that should tell you the outcome of the SEC Championship Game. Not many people will bother telling you that Florida may have a chance like they did when Alabama was preparing for Auburn.

Let’s face it. If you thought Auburn’s offense sucked, it will look good compared to what Florida will put up. Luke Del Rio won’t be glad to see his old Alabama buddies once the ball gets kicked off. Since the Gators can’t run against the Tide, they’ll have to pass, so you can expect at least one pick and maybe one defensive touchdown.

But on the bright side, if you like competition or are a Gator fan, Florida does have a good SEC caliber defense that will challenge the Tide much as Auburn’s did.

The only question, is not how Florida will do, by now you sort of have a good picture of that, but what Alabama will do, on offense that is.

The defense will play take no prisoners football as they always do. But will the Tide sleepwalk through the first half as they did last week or will play a whole game. Will Alabama cure the interception and fumble problems before the playoffs?

Will they play pure old vanilla offense and not give the playoff teams any good tape?

Those are the questions and to give you my best guess of how the game will go and I’ve been right all year long, here we go.

Alabama doesn’t want to endure the wrath of Saban at halftime again this week, so they’ll be a bit more productive from the get go. Hurts has been counseled all week how much more ball control and turnovers are going to be so much more important in the last two games, so I don’t think we’ll see a INT unless it’s a deflection of some kind.

Hurts has been told to take at easy with his body this week too. Got a first down? Then slide before the hit. The coaching staff is telling him that being healthy this last month of playing is more important than a few extra yards on the stats and it shows the NFL scouts that he’s capable of taking care of a multimillion dollar investment.

You’ll see two deep shots at least, but Saban will want to run the ball and the clock, work on the short and intermediate routes with safe passes and try and get out with few injuries.

Last week Alabama covered the 17 point spread with 1 to spare. This week 24 looks like a lot of points to cover, but considering that I don’t see Florida scoring more than two field goals, Alabama would have to score 30 again to cover and they may wind up with around that or just a bit more, but on the other hand, it wouldn’t be surprising to see them not cover depending on how conservative the play calling is.

Just remember, last season Alabama only beat the 29-15, that was only a 14 point spread. Alabama’s defense is doing better than last year and so is the offense. Florida on the other hand has a slightly better defense but a much more sucky offense. So look for Vegas to be close again this week.