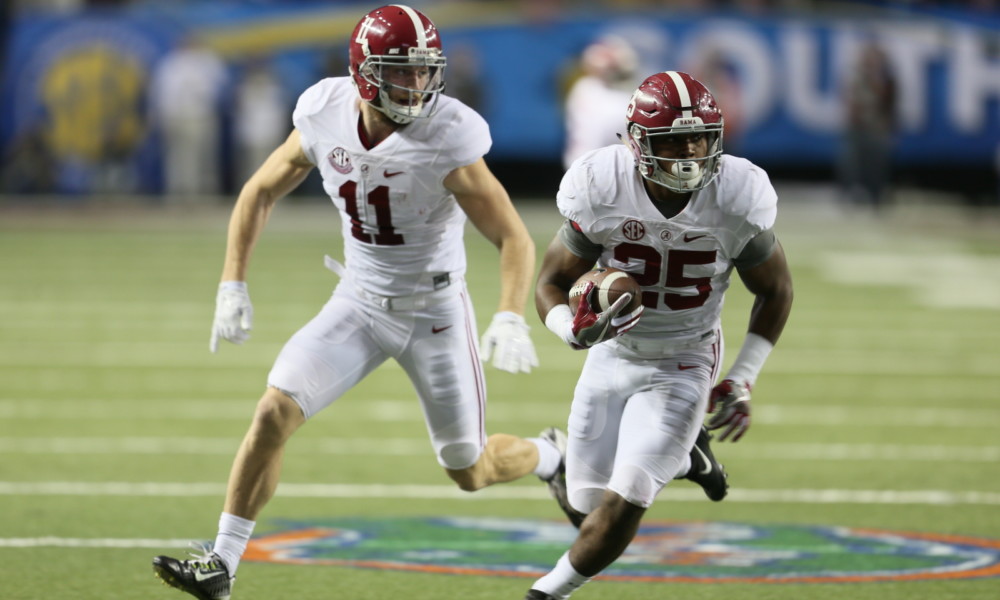 Alabama improved to 13-0 and won its third consecutive SEC title on Saturday night with a 54-16 win over Florida. The Crimson Tide shook off a slow start and used big plays on defense to beat the Gators.

“So very proud of our team,” Coach Nick Saban said after the game. “First of all, for having an undefeated season but secondly for winning the SEC Championship. I think to do that three years in a row is a really significant accomplishment.”

It was not an easy night for the Crimson Tide. On Florida’s opening drive, the Gators threw for 67 yards and marched down the field to take a 7-0 lead. Alabama’s offense followed that up with a botched snap and a three-and-out, giving Florida plenty of hope for a conference championship.

Shaun Dion Hamilton had other ideas and intercepted an Appleby pass, leading to an Adam Griffith field goal to open the scoring for the Crimson Tide. On the next Florida drive, Minkah Fitzpatrick decided to one-up his teammate and returned an interception 44 yards for a touchdown. The score gave Alabama a 10-7 lead, which they would never give up.

The play of the game came with the teams’ punt units on the field. Reserve running back Derrick Gore blocked the Florida punt and it was picked up by Joshua Jacobs, another reserve running back. Jacobs ran it in for a 27-yard touchdown. To add to the big night for the backups, both Jacobs and Gore added rushing touchdowns before the night was over.

Florida scored just before the half and had a chance to cut the lead to 10 when they had 1st and goal from the 2-yard line. Alabama got a big stop, which included a hit from Rashaan Evans on third down. Evans came into the game for Hamilton, who was injured in the first half and is likely out for the season according to Saban.

Bo Scarbrough led the way with 93 rushing yards and two touchdowns, both of which came in the second half. Damien Harris added 86 rushing yards while Jacobs and Gore combined for the remaining 44 yards.

Jalen Hurts only accounted for 139 yards of total offense but threw for one touchdown and got out of the game without turning the ball over. It was the first time since October 1st that Hurts played an SEC opponent without a turnover.

The Crimson Tide likely secured their spot in the final four but will sit and watch tomorrow afternoon when the College Football Playoff is announced.