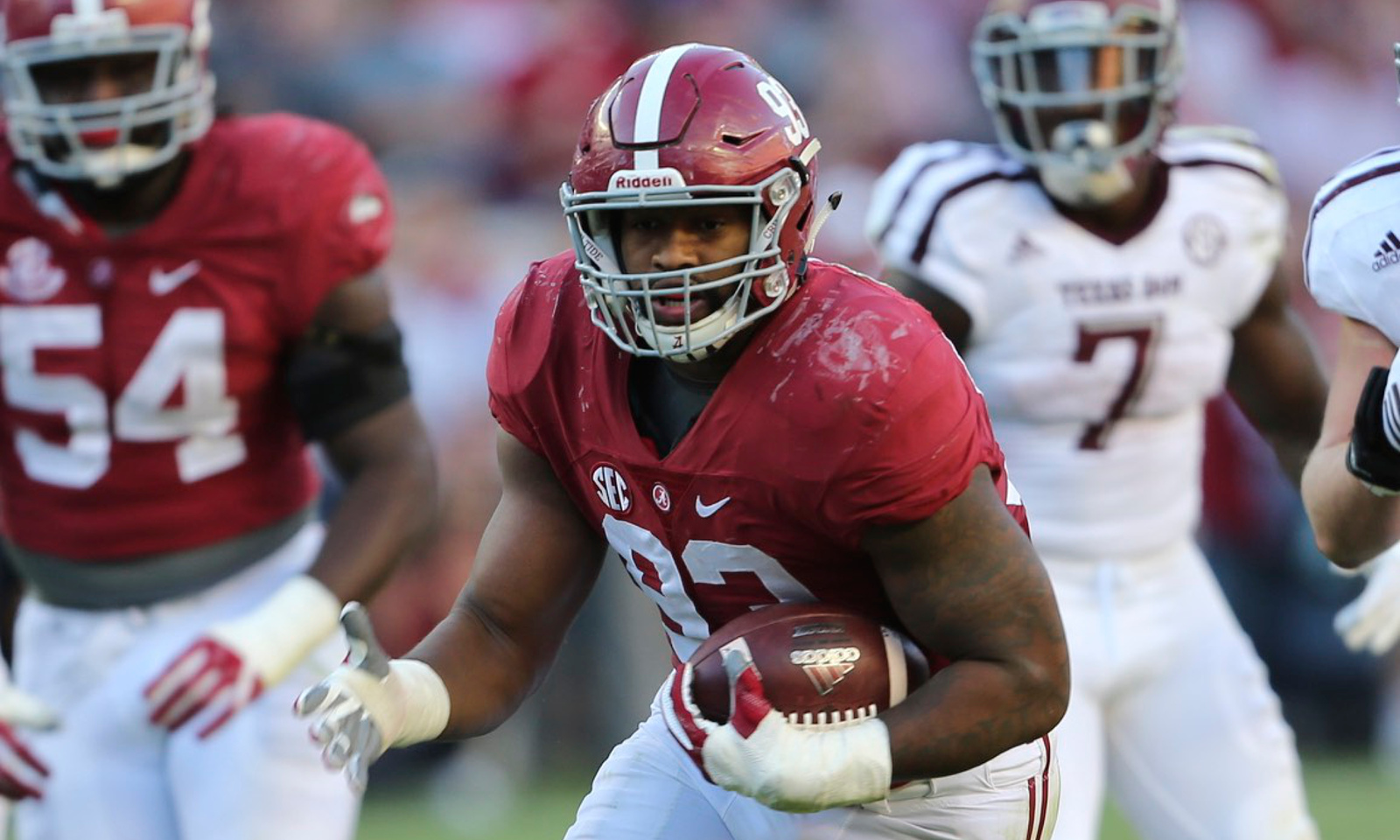 Even in a 28-point victory, defensive end Jonathan Allen was very upset.

The senior leader for Alabama football was one of three players that addressed the media during interviews on Monday. He is well known for his pass rushing, run stopping and being voted permanent team captain by his peers, however, there is one on-field moment he won’t forget.

As the Crimson Tide enters its final week of bowl prep for Washington, questions for Allen shifted toward how much attention has been placed on sniffing out and stopping trick plays.

Though he intends to have the defensive front ready to play, Allen is ever reminded of what occurred in the first quarter at Bryant-Denny Stadium against Western Kentucky in week two of the regular season.

“I was pissed off about that,” Allen said. “We practiced that play all week and did not execute.”

What the 6-foot-3, 291-pounder eluded to was a flea-flicker pass from quarterback Mike White to wide receiver Taywan Taylor that went for 59 yards. Alabama’s defense was drawn in by the movement, allowing Taylor to get behind its secondary for a huge gain. Sadly, the play did not end well for the Hilltoppers.

Taylor would fumble the ball and despite Western Kentucky recovering, it was forced to settle for a field goal instead of punching in a touchdown. The Tide ultimately won 38-10, but Allen knows both the balance and trickery he faces when his defense meets with Washington’s coach Chris Petersen and the Huskies offense.

“The thing about trick plays is if every man does their job and they are disciplined, you will be able to stop trick plays,” he said. “We are focused on doing the fundamental things right. It all starts with communication.”

Seeing the “hook ‘n’ lateral” and “statue of liberty” in his Boise State days stands as just the tip of the iceberg in Petersen’s bag of tricks. Effective communication and reading formations will be on Alabama’s agenda, while coach Nick Saban expects to leave no stone unturned.

Alabama and Washington will play in the Chick-fil-A Peach Bowl on Saturday, Dec. 31 in Atlanta.