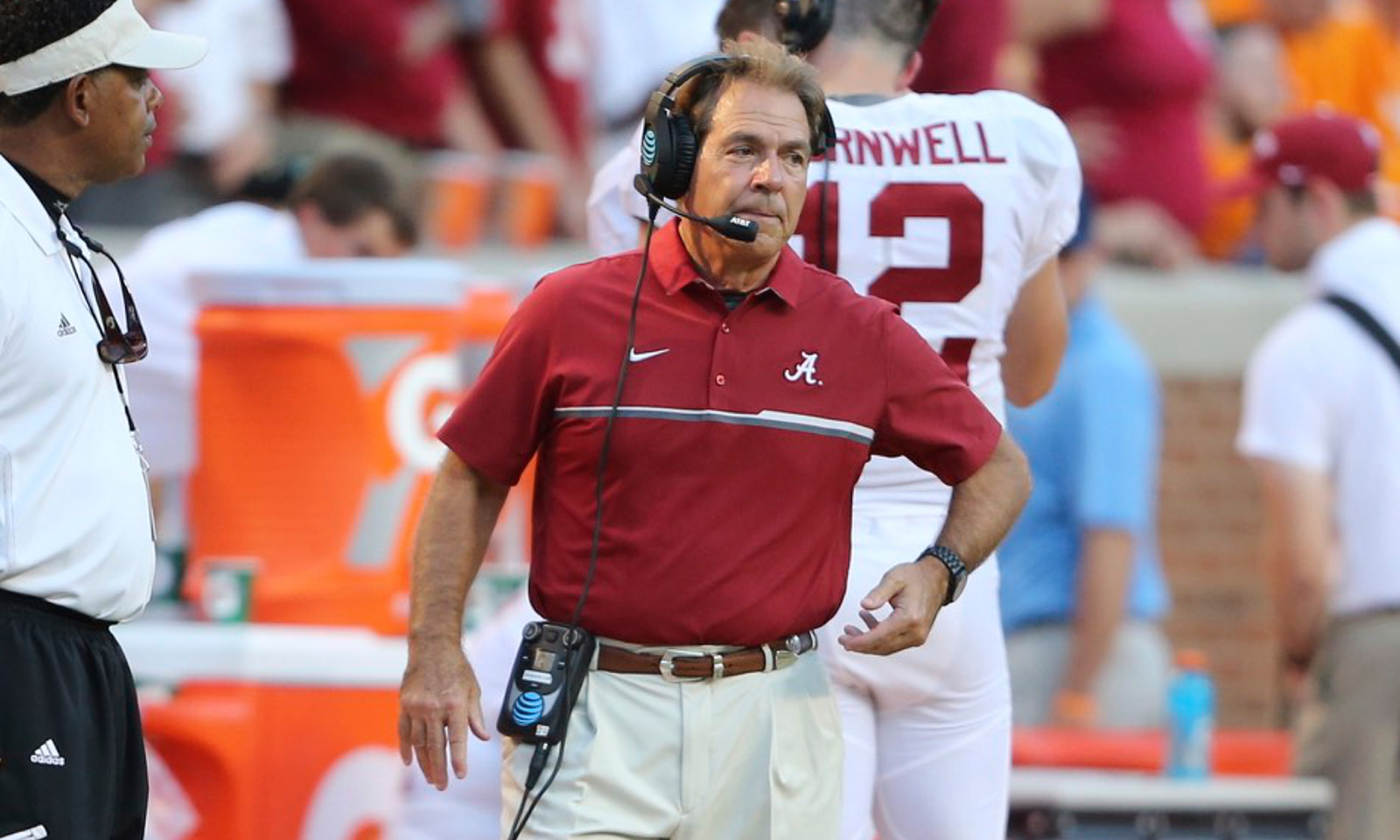 As we begin our preview for the College Football Playoff, we first want to take a look at how each team has done to this point in the season. There are three conference champions in the final four but all four teams have their share of quality wins. Today, we will list each team based off their regular season performance. Not only will quality wins be a factor but performances on the road and average scoring margin will also play a part in ranking these four teams.

Alabama has won the SEC for the third consecutive season but this year was probably easier than any of the other seasons since Nick Saban has been in Tuscaloosa. The conference may be down but that still does not mean it is easy. The reason Alabama gets the nod here is because they are the only undefeated team. The Crimson Tide currently sit at 13-0 with eight wins over teams that were ranked in the Top 25 when the game was played. Only five of those teams finished the season in the final poll but the Tide finished with 11 wins over teams that made the postseason. Alabama has averaged winning by 28.7 points per game and only had one game decided by less than 10 points (at Ole Miss in Week 3). Saban’s squad won both neutral site games this season, winning by an average of 42 points in those games.

Clemson finishes second in the strength of schedule category with the help of a conference championship and two big road wins. The ACC was the toughest conference this season according to Bill Connelly’s S&P rankings. The Tigers had four wins against teams that finished in the Top 25 and their only loss was to No. 23 Pittsburgh, which beat the only team that beat Ohio State this season. Clemson had big road wins against Auburn and Florida State, both of which are going to a New Year’s Six Bowl. The Tigers have an average margin of victory of 21.8 points per game, which ranks last among playoff teams but have had several games where they have shown the ability to win close games. Clemson had six wins that were decided by one possession.

The Buckeyes barely get the nod over Washington here because of the top teams they played this season. With wins over three Top 10 teams, Ohio State has had some of the most impressive wins this season (which is why they got in over Penn State). Urban Meyer’s squad beat Oklahoma and Wisconsin on the road before finishing the season with a thrilling win against Michigan at home. The Buckeyes have the most “impressive” loss of the playoff teams, losing by only three points at No. 5 Penn State. They have the second-highest average margin of victory in the country, winning by 28.5 points per game. However, in their four games against ranked teams, the average margin of victory was just 7.0 points per game.

The Huskies have already had an impressive season and did not have an easy road to the playoff but because of their non-conference schedule, they rank last. Washington still had impressive wins this season, beating Utah and Washington State on the road while getting a blowout win at home against No. 18 Stanford early in the season. Their only loss was at home against USC, where they put together their worst performance of the season on the biggest stage they had played so far in 2016. The Huskies bounced back with the win against Washington State before finishing with an impressive 41-10 victory over Colorado in the Pac-12 Championship Game.