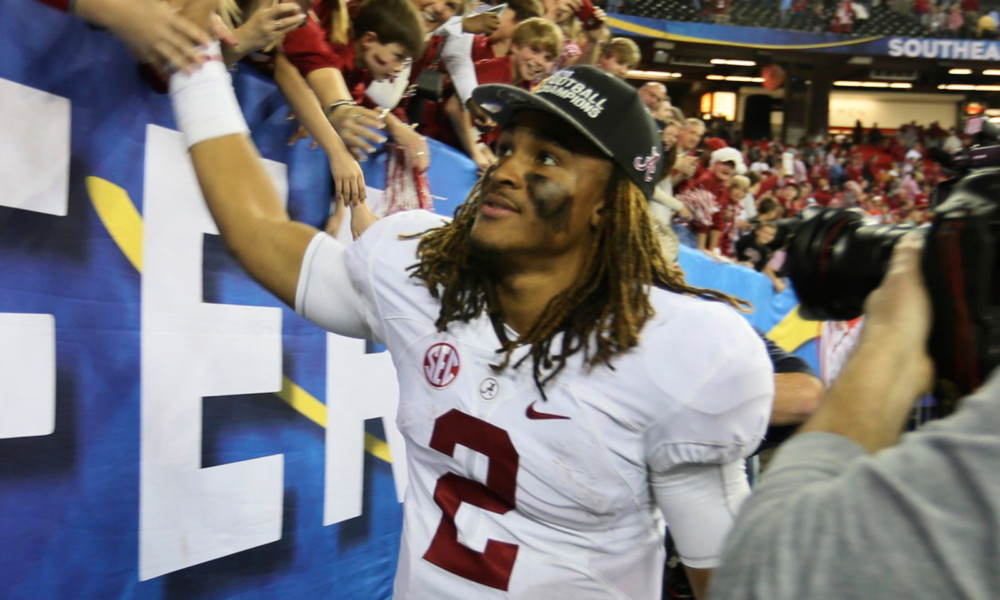 Spring practice begins next month and with it finalizing moves on the coaching staff, Alabama football is excited to show fans what’s to be expected on A-Day and in the 2017 football season.

Retooling a strong roster is always a key ingredient and this year will be no different.

Summary: Losing a three-year starter in Robinson is tough, but Alabama’s known for starting true freshmen at both offensive tackle positions. After seeing what Robinson (2014) and Jonah Williams (2016) did as freshmen, Alex Leatherwood and Jedrick Wills have strong chances.

With the exception of Charles Baldwin (Kansas), most junior college players tend to excel at the University of Alabama. Elliot Baker possesses the ideal frame—6-foot-7 and 295 pounds—and displays sound technique, upon dissecting his footwork from the College of San Francisco (Calif).

Even with him facing a punishment for being arrested for marijuana possession and drug paraphernalia, Lester Cotton may be able to compete for the starting spot—if he’s focused throughout the process.

Summary: A concussion in Alabama’s sixth game versus Arkansas kept Alphonse Taylor from reaching his full potential as a senior. When he found out that his playing days were over, a rotation of Lester Cotton, Korren Kirven and Josh Casher replaced him throughout 2016.

While Casher serves as third team center and both Taylor and Kirven gone, Cotton is the first of many names in the conversation for right guard. He started five games at offensive guard last season and came off the bench for a total of 14 games. In his starts against Tennessee and LSU, Cotton cleared the way for three 100-yard rushers—including quarterback Jalen Hurts (246). He encountered some issues down the stretch that moved him back to tackle; nevertheless, he played guard at Central High School and has the most experience.

Brandon Kennedy, a native of Wetumpka, Ala., was No. 86 in the ESPN 300 recruiting database and the fifth-ranked offensive guard per ESPN when he signed in Alabama’s 2015 class. Listed at 6-foot-3 and 301 pounds, Kennedy played in seven games last year as a reserve on the offensive line. As he’s improving his build in the weight room, Dallas Warmack falls in the footsteps of his older brother, Chance, in wanting to become a marquee name for the Tide. The consensus four-star prospect and January of 2015 enrollee has played in 16 games, all at offensive guard in the second half. Alabama’s trio of Richie Petitbon, Chris Owens and Deonte Brown are still adjusting to the offense, but all three are gifted enough to assume the position.

At the end of the day, whomever is at right guard will be helped by Jonah Williams. For those who do not obtain the position, backing up Ross Pierschbacher at left guard is a solid prize.

After two knee surgeries, Dalvin Tomlinson returned with a dominant effort during his senior year.

He collected 62 tackles, 5.5 tackles for loss, a career-high three sacks, four pass breakups, seven quarterback hurries and a forced fumble in 15 games. With both guys declaring for the NFL Draft, Da’Shawn Hand returns as the alpha dog on the defensive line. The Woodbridge, Va., native and unanimous five-star recruit (2014) has 44 tackles, 12 tackles for loss, seven sacks and seven quarterback hurries through 38 games.

Joining him will be Jamar King and Quinnen Williams.

King, a junior college transfer from Detroit, Mich., recorded two solo tackles against Florida in the 2016 SEC Championship Game. He was a coveted prospect in the Tide’s 2016 recruiting class and four-star name overall.

Williams, a native of Birmingham, Ala., redshirted a year ago.

He spent much of his practice time around Jonathan Allen and according to the expected top five draft pick, he believes that Williams is next in line to be a stud at the Capstone. Listed at 6-foot-4 and 284 pounds, Williams was a unanimous four-star recruit and top defensive line prospect.

As for the 2017 signees, four-star recruit and top JUCO defensive line prospect Isaiah Buggs was a January enrollee. During his two seasons at Mississippi Gulf Coast Community College, Buggs turned in 134 total tackles, 18 tackles for loss and 7.5 sacks in 2015 and 2016. Following the successes of Terrence Cody, Quinton Dial, Jesse Williams, Jarran Reed and D.J. Pettway, the 6-foot-5, 290-pounder is ready to make the transition.

He was arguably the top player in the state of Alabama when he signed earlier this month, and has the size to be a dynamic pass rusher for this program.

Summary: Both Anthony Averett and Tony Brown decided to return for their senior seasons, following solid efforts in 2016. After spending two years as a reserve, Averett broke out as a lockdown corner. He tallied 48 tackles, three tackles for loss, one sack, a team-high eight pass breakups and two forced fumbles.

His lone sack came in the Peach Bowl against Washington.

Upon the end of his four-game suspension, Brown showed the world every reason as to why he was regarded a five-star prospect from Texas in 2014. He amassed 32 tackles (2.5 for loss) and two interceptions, including one off Florida’s quarterback Austin Appleby in the SEC title game.

With Levi Wallace earning an athletic scholarship and the trio of Shyheim Carter, Aaron Robinson and Jared Mayden all getting field time last season, this position will be interesting.

Nigel Knott, a highly-coveted corner in the Tide’s 2016 signing class, did not play last year due to recovering from a knee injury. The Madison, Miss., native ended his high school tenure with 163 tackles, seven interceptions (two returned for scores) and 15 pass breakups at Germantown.

Alabama’s 2017 signees will get looks on special teams and mop up duty on defense, but the loser of Brown/Carter at corner will line up at “star” in the Tide’s nickel and dime situations.

Stewart’s hands, toughness and acceleration in open space helped him to a team-high 864 receiving yards and eight touchdowns (team-high) on 54 catches. Though he would bring in just 15 passes, Dieter posted four touchdowns and was an exceptional blocker in the run game.

Calvin Ridley returns as the “go to” weapon for whomever lines up under center next fall.

Following a 1,000-yard season in 2015, the Florida native registered 769 yards receiving and seven touchdowns on a team-high 72 receptions a year ago. He had a career day versus Kentucky, hauling in 11 passes for 174 yards and two touchdowns in a 34-6 win at home.

Alabama has a roster littered with receivers aside from Ridley, yet the question is who will emerge as the No. 2 option? Cam Sins looked a lot better in 2016, after sustaining an anterior cruciate ligament tear in his knee in 2015. He caught 14 passes for 152 yards, and had two career games versus Kent State (four catches, 54 yards) and UT-Chattanooga (four catches, 34 yards).

Trevon Diggs will have a shot to inch more outside his brother’s, Stefon Diggs, shadow.

He totaled 88 yards receiving as a freshman with a touchdown on 11 catches. His efforts in fielding punts still needs fine tuning; nevertheless, he’s dangerous with the ball in his hands.

It’s been a disappointing career for five-star Robert Foster to this point.

With the exception of how he started the 2015 season (10 catches, 116 yards, two touchdowns), he’s been relatively quiet at Alabama. Rumors of him pondering a transfer sparked during the offseason, but he remains on campus as of now. Should he stay, the Pennsylvania native and rising senior would have a final opportunity to push for a breakout year.

As for Derek Kief, Raheem Falkins, T.J. Simmons and Xavian Marks, all are in the second wave of talented weapons. Kief led the group with four catches for 31 last season, but all four need to work harder for field time.

Jerry Jeudy and Tyrell Shavers both look to get on the field as freshmen.

Jeudy, a five-star prospect, attended the same high school as Calvin Ridley (Monarch), before transferring to Deerfield (Fla.) Beach. He caught 76 passes during his senior year for 1,054 yards and 15 touchdowns.

Listed at 6-foot-6 and 202 pounds, Shavers ended his tenure at Lewisville (Texas) High School with 64 receptions for 1,200 yards and 20 touchdowns. The unanimous four-star recruit amassed 27 catches for 397 yards and seven scores as a senior in 2016.

Henry Ruggs, Devonta Smith and Chadarius Townsend all bring a different style to Alabama’s receiving corps. Spring practice and summer camp will reveal much more at this position.

Summary: Keep all eyes glued to this position on A-Day.

When the smoke cleared after the 2016 spring game, some believed that Jalen Hurts was the best looking quarterback on the roster. He accounted for the lone touchdown: a five-yard pass to Derek Kief in the back of the end zone, to give team White a 7-3 victory over team Crimson.

Hurts, a native of Channelview, Texas, went on to throw for 2,780 yards, rush for 954 yards and was responsible for 36 touchdowns (single-season record). He guided Alabama to a Southeastern Conference championship, a Peach Bowl title and a berth in the College Football Playoff national championship game.

The 6-foot-2, 209-pounder came six seconds from winning it all; however, his passing mechanics troubled fans throughout the season. While he pushed Blake Barnett, Cooper Bateman and David Cornwell, Tua Tagovailoa and Mac Jones will battle Hurts. Tagovailoa, a five-star recruit, is already being viewed as a protégé. His tenure at St. Louis High School ended with 8,158 career passing yards, the most in Hawaii high school history.

As for Jones, he led The Bolles School (Jacksonville, Fla.) to a Florida 4A state championship in 2016. A four-star prospect and February enrollee, Jones tossed for 3,682 career passing yards and 55 touchdowns.

He’s been dominating the Tide’s fourth quarter program, according to sources.

For multiple players, it’s Hurts’ knowledge of the playbook and the respect he has from both teammates and coaches that should keep him afloat in the conversation.