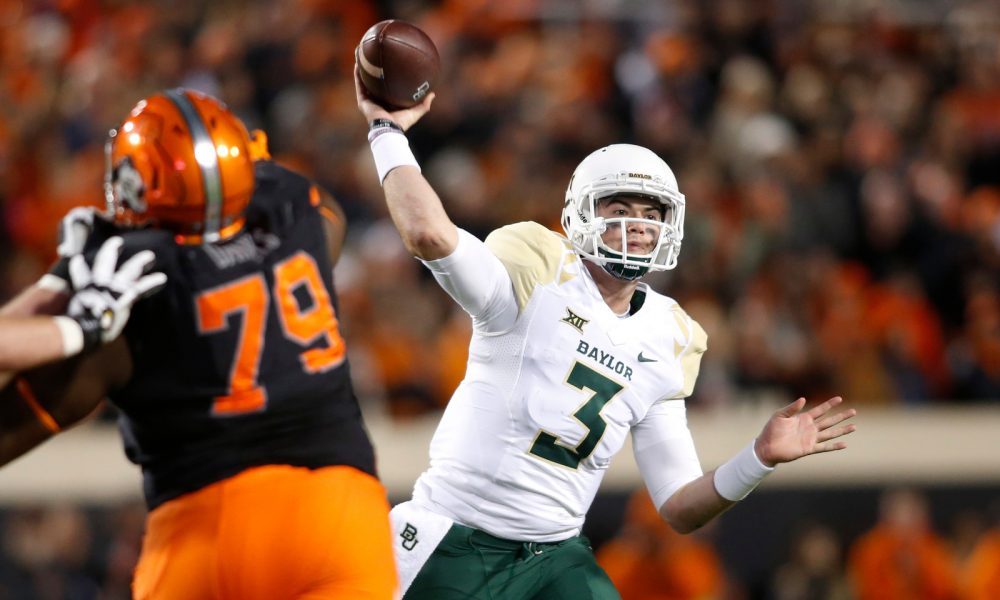 Auburn University has chosen its starter at quarterback for the upcoming football season, and to the surprise of no one it is a junior college transfer. Despite the toughness and leadership of Sean White, the incumbent starter was beat out by Jarrett Stidham in fall camp – according to a tweet from Tigers’ head coach Gus Malzahn.

Just told team @Jarrett_Stidham will be the starting QB. The team is excited for Jarrett and ready for the season!#WarEagle | #OurTime

Stidham, a native of Stephenville, Texas, was a five-star recruit and the nation’s top-rated dual-threat quarterback upon coming to Baylor University in 2015. He backed up Seth Russell as a freshman, and had a 69 percent completion mark (75 of 109) for 1,265 yards and 12 touchdowns.

After spending time as a student at McLennan Community College during the fall of 2016, Stidham transferred to Auburn. He started building a relationship with teammates, along with showing the coaching staff both his arm talent and athletic abilities as a runner.

The 6-foot-3, 214-pounder completed 16 of 20 passes in the Tigers’ spring game, and Auburn believes that with Chip Lindsay calling the offense and Stidham controlling the huddle – this team has every capability of challenging Alabama in the SEC West and winning a conference title.

Newton, who was a stud at Blinn College in Texas, came to Auburn after the Tigers had lost two straight games to the Crimson Tide. He led the program to an undefeated regular season in 2010, which included a 28-27 thrilling comeback victory over Alabama inside Bryant-Denny Stadium.

Auburn would go on to win a national championship, defeating the No. 3-ranked Oregon Ducks 22-19 at University of Phoenix Stadium in Glendale, Ariz.

Regardless of him getting dismissed from Georgia and dealing with marijuana issues at Auburn, Marshall guided the Tigers to an unbelievable win over the Tide, a Southeastern Conference title and an appearance in the final national championship of the Bowl Championship Series era in 2013.

With the talent returning on offense, Stidham has the passing mechanics and athletic prowess to navigate Auburn to the College Football Playoff. Alabama head coach Nick Saban has done a better job at recruiting guys that can defend an up-tempo offense; however, elite play at quarterback has been the Achilles heel for the Tide under both Kirby Smart and Jeremy Pruitt. Coach Malzhan has been a part of some unpredictable teams in the last few seasons, but all will see if Stidham can really take this program back to being a champion.