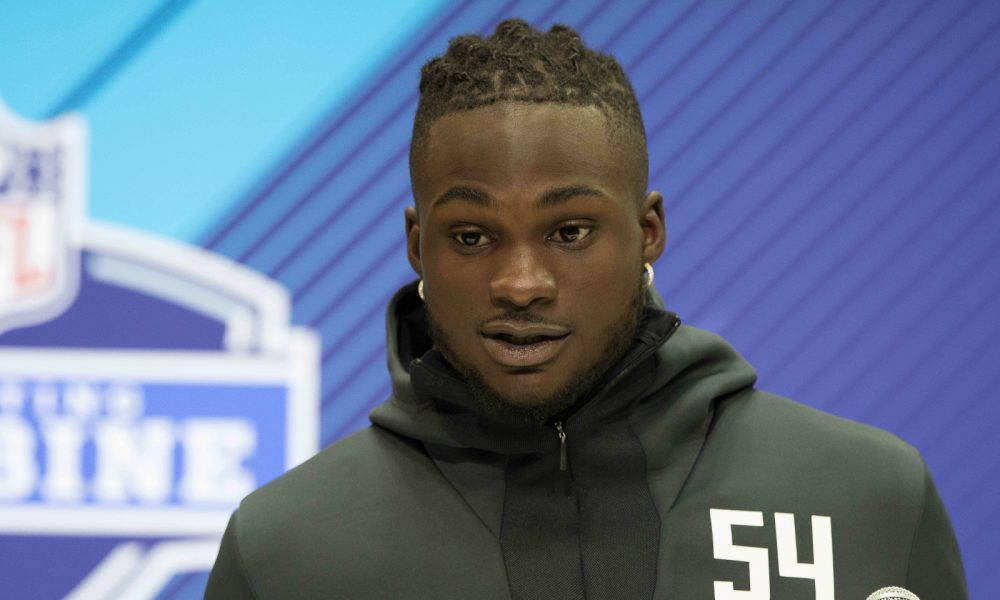 Alabama football ended the first round of the NFL Draft with four players selected and though the program had no one taken in the second round, rounds three through seven witnessed eight Crimson Tide standouts chosen – bringing the overall count to 12 for head coach Nick Saban.

With the draft over, all former Tide individuals chosen have an opportunity to show their respective franchises the work ethic they possess.

In looking at where the players fell in the venue, yours truly of Touchdown Alabama Magazine grades the fits for rounds three through seven.

He was given a late first to early second round draft grade, however, Ronnie Harrison’s fall to late third round was a blessing in disguise for him. He goes to a team with a defense that has the pieces to make a deep playoff or a potential Super Bowl run. Jacksonville Jaguars’ head coach Doug Marrone saw his group lead the National Football League in pass defense (170 ypg), while finishing second in both total defense (286.1 ypg) and scoring defense (16.8 ppg) last season.

With Harrison’s size – 6-foot-2, 207 pounds – he fits best as a situation safety in crucial matchups. Given how Tashaun Gipson and Cody Davis are 5-11 and 6-1 respectively, Harrison’s range offers Jacksonville more leverage against physical tight ends in playoff games.

Even with having Ezekiel Ansah, A’Shawn Robinson and Cornelius Washington on its defensive line, the addition of Da’Shawn Hand gives new head coach Matt Patricia another body to attack running backs and quarterbacks – depending on how the Detroit Lions feel like using him.

Despite posting 12 sacks in his collegiate career, the Virginia native and former five-star at Alabama has the potential to be a better NFL player. He displayed his strength and speed at the combine with a time of 4.83 seconds in the 40-yard dash and 28 reps of 225 pounds on bench.

Listed at 6-foot-4 and 297 pounds, Hand can line up at defensive end in a 3-4 scheme and defensive tackle in a 4-3 alignment. He has long arms – 34 3/8″ — which can help him extend in creating a pass rush, however, his first step to the quarterback needs to be a little quicker.

Before steps down from general manager after next season, Ozzie Newsome did what he’s always done for the Baltimore Ravens in the NFL Draft: surround the franchise with University of Alabama players. Anthony Averett was the latest move in the secondary, and it comes on the heels of the team drafting Marlon Humphrey just a year ago in the first round from Alabama.

Hailing from New Jersey, Averett started the last two seasons for the Crimson Tide – allowing three touchdowns on 121 targets. He totaled 96 tackles and 16 pass breakups, en route to helping the secondary shut down some of college football’s best receivers. Averett’s time of 4.36 seconds in the 40-yard dash showcased his closing and recovery speed in terms of working to the ball.

He has the support of former Tide safety Ha’Sean ” Ha Ha” Clinton-Dix and Green Bay choosing to draft him, JK Scott returns north for his professional career.

Hailing from Denver, Colo., Scott was accustomed to playing in cold weather – until he signed his letter of intent to Alabama in 2014.

He earned freshman All-American and All-SEC status after averaging 48 yards a punt that season and ended his career with a 45.6 average. Scott was a critical factor behind three Southeastern Conference championships and a pair of national titles in 2015 and 2017.

The 6-foot-6, 208-pounder pinned opponents inside its 20-yard line on 108 of his 244 career boots, which is 44.3 percent. Scott’s ability to flip field position goes a long way in helping Aaron Rodgers, Green Bay’s defense and head coach Mike McCarthy have success in the NFC North.

Washington appears to be creating the ultimate Alabama team in the league with Jonathan Allen, Ryan Anderson, Da’Ron Payne and Shaun Dion Hamilton, but the question of Hamilton’s durability is a concern. He suffered an anterior cruciate ligament (ACL) to his knee in the 2016 SEC Championship Game and then injured the same knee last season against LSU at home.

When healthy, Hamilton is an instinctive linebacker.

He’s exceptional against the run, has lateral quickness in coverage (four pass breakups, two interceptions) and can also rush the quarterback if needed (4.5 sacks). After having the NFL’s worst run defense in 2017, Hamilton can assure the franchise will improve.

Bradley Bozeman is the biggest of the three centers Baltimore has on its roster – standing at 6-foot-5 and weighing 316 pounds. As a two-year starter at Alabama, he blocked for 37.95 points, 247.7 rushing yards and 449.8 total yards per game as the program achieved a College Football Playoff National Championship in 2017.

Bozeman cleared the way for two 1,000-yard seasons for running back Damien Harris, while helping to produce seven 500-yard rushers in his tenure.

In the passing game, he assisted quarterback Jalen Hurts to being the SEC’s Offensive Player of the Year in 2016 and protected Tua Tagovailoa in the second half to win a national title.

Regardless of his 5.36 draft grade via NFL.com, which means “NFL backup or special teams potential,” Bozeman’s size and toughness can put him in a situation to be a valued contributor.

Ezekiel Elliot’s potential to have another off-field issue is the lone reason why this move from the Cowboys grades as a B-.

Whether it was injuries or lack of confidence or both, Bo Scarbrough did not carry the same running style in 2017 that he had in 2016 – the year he totaled 812 yards rushing with 11 touchdowns on 125 carries. Despite turning in strong numbers at the NFL Scouting Combine, the 228-pound running back must show durability at the next level.

He never reached his full potential with the Crimson Tide, nevertheless, the Pittsburgh Steelers took a chance on Joshua Frazier anyway. He possesses elite size for a defensive tackle at 6-3 and 321 pounds, but was given a grade of 4.95 via NFL.com, meaning “should be at an NFL training camp.”

While he was rated a four-star upon coming to Alabama from Arkansas in 2014, Frazier did not become a regular in the Tide’s rotation. He collected just 15 tackles a season ago with 2.5 of those for loss and three pass breakups. Frazier may have a chance to crack the rotation in Pittsburgh with Greg Gilmore and Parker Cothern being rookies also, but it’ll be a long shot.