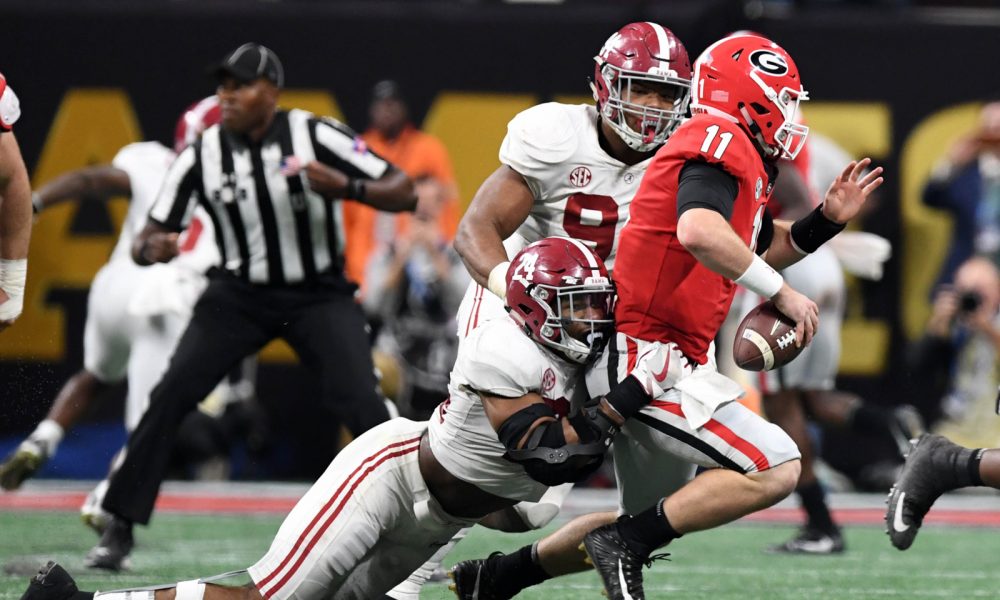 As much as Nick Saban is trying to hold him off, Terrell Lewis refuses to be delayed another moment from the field and his teammates. The junior outside linebacker is a bionic human being and that is an understatement.

Three months ago, it was reported that the Washington, D.C. native would miss the season due to a torn anterior cruciate ligament in his right knee during summer workouts, however, Lewis’ rehab process has gone lightyears better than expected.

He was able to lift his leg three days after surgery and since then, the former five-star has impressed the training staff on how much he is willing to push himself. While he’s been seen sporting a walking boot in practices and games, Lewis worked on the anti-gravity treadmill and started performing some agility drills behind the scenes. Alabama running back Damien Harris captured the fearsome pass rusher on video, showcasing some quick movements with his feet.

After recording a critical sack of Jake Fromm in the Crimson Tide’s national championship matchup against Georgia, the 6-foot-5 specimen has been itching to return to making game-changing plays. His progress has him positioned to return soon at some point this season, but with Quinnen Williams, Isaiah Buggs, Anfernee Jennings and Christian Miller playing well, it will be interesting to note when Saban does decide to free the beast back on quarterbacks.