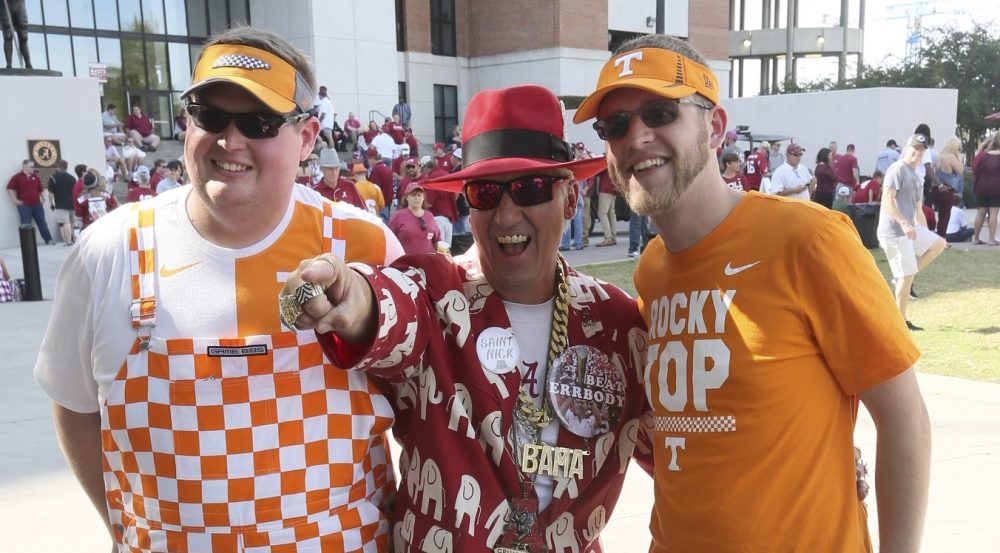 How you feel about the Alabama / Tennessee rivalry is mostly based on perspective. Read what makes this a different game to many.

If you over 40, you vividly remember the times when the series went back and forth and also the dark years Alabama fans went thru when Tennessee won eight of nine contests from 1995 to 2004. You remember the hatred Alabama fans had toward then coach Phillip Fulmer, who tried to present evidence to get Alabama on NCAA probation.

To this crowd, there is still “Good Old Fashioned Hate” toward the folks in orange and despite the lopsided nature of the game lately, winning this game makes them feel good to rub the salt in the Volunteer’s wound of having such a regular beat down.

It’s a time to light up a cigar, something you’ll even see women do, to celebrate a win. Players risk a slight NCAA violation for lighting up in the locker room and that tradition means something to these people.

But for the younger crowd, the series means very little. It was 2004 since Tennessee won back to back games. That was 14 years ago.

To put that in perspective, a college senior at 22 years of age, born in 1996. In his 22 years of life, he may have begun a love of watching football at the age of six, that was 2002 and in that time, they’ve seen the Vols win just once.

So if you’re an Alabama fan, the Third Saturday in October has no real rivalry. They’ve just been the almost automatic win on the schedule each year and someone to laugh at about their constant claim, “Just wait till next year!”

To these folks, Tennessee has been a joke. Until the Vols start to actually rebuild and defeat Alabama, they will continue to be. They aren’t really aware that the all time record, while leaning toward Alabama, stands at 56-37-8 on the field. Maybe much closer than the young fans may think.

One friend of mine overheard their son say, “Now that Tennessee has an Alabama coach, I hope they do well.” His response was, “When he put on that damn orange, he’s dead to me and hope they continue in the bottom of the SEC for years to come.”

Now there’s some of that good old fashioned hate that makes the series interesting.