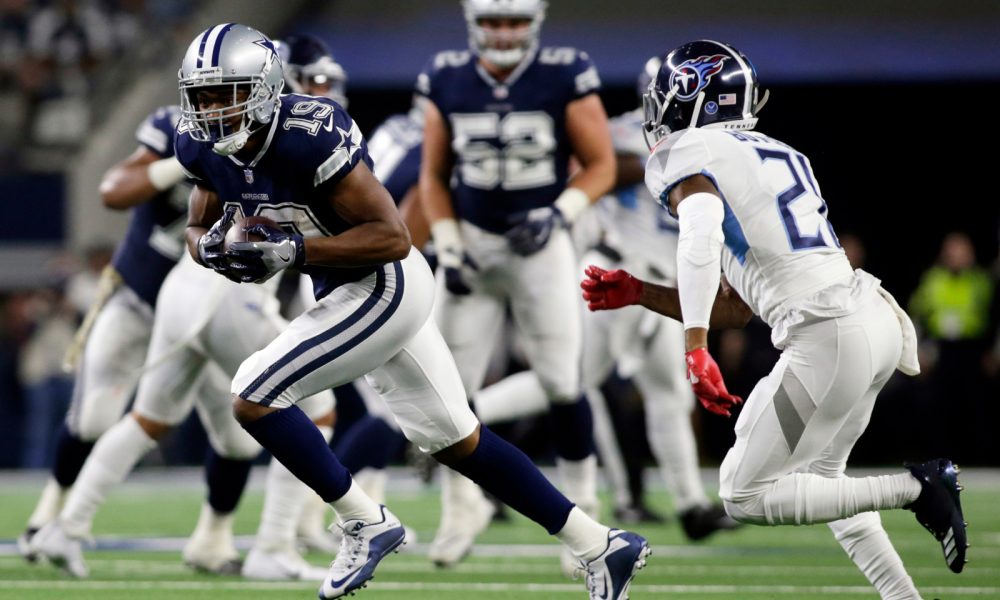 It has only been two games since his arrival to Dallas from Oakland, but wide receiver Amari Cooper is already starting to fit in. After recording his first touchdown reception with the Cowboys on last week, the former University of Alabama standout and first-round pick helped the franchise earn a huge victory on Sunday Night Football against the Eagles via NBC Sports.

Parting ways with Dez Bryant was tough; however, the addition of Cooper has given Dak Prescott a weapon that makes him feel comfortable. Six of his 26 completions – 23.1 percent – went to Cooper versus the Eagles for 75 receiving yards in a 27-20 win for the Cowboys.

The 2014 Fred Biletnikoff Award winner averaged 12.4 yards per catch on 10 targets, with his longest reception being of 24 yards. He brought in four passes of 10 yards or more and totaled one catch that converted a third down.

On Cooper’s 24-yard catch, he helped set up Ezekiel Elliot for the final Cowboys’ touchdown to seal the deal. Listed at 6-foot-1 and 210 pounds, the Miami (Fla.) native has always been exceptional in terms of hands, speed and instincts as a route runner; nevertheless, Cooper needed a change of scenery from the black hole of the Raiders.

With him adding some muscle to his frame and being healthy, fans in Dallas may witness the fourth overall pick of the 2015 NFL Draft at his absolute best.

Through two games, owner Jerry Jones and head coach Jason Garrett can’t be anything short of happy about what they are seeing.

Cooper has the Cowboys at 4-5 and still in the hunt for a playoff berth.