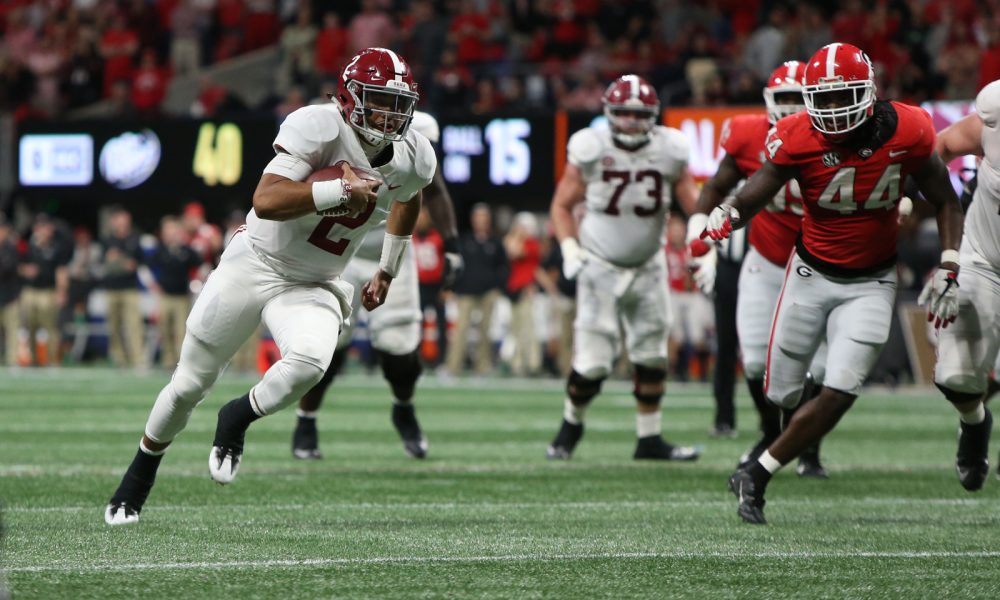 He has now become fair game to any school that wants him.

Alabama quarterback Jalen Hurts is the latest addition to the NCAA transfer portal as of Wednesday afternoon, according to a report from ESPN’s Alex Scarborough.

Since earning his undergraduate degree in public relations in December of 2018, the junior is able to transfer and compete for a starting job without sitting out. While he can remain in Tuscaloosa if he chooses, entering the transfer portal allows other schools to contact him.

Hurts, who was the Southeastern Conference Offensive Player of the Year as a true freshman in 2016, served as the backup to Tua Tagovailoa this season.

He tossed for 765 passing yards with eight touchdowns to two interceptions. Head coach Nick Saban and the Crimson Tide played Hurts at wide receiver at times and tried to find different roles for his dynamic skill set.

He was voted “Most Inspiring Player” by his teammates and provided a masterful SEC Championship Game as he led Alabama to a 35-28 comeback win over Georgia, to punch the program’s ticket for a fifth consecutive appearance in the College Football Playoff.

Regardless of what the native Texan chooses to do, he has embodied and exemplified what it takes to be a true legend at the University of Alabama.

During his three years, he has been a part of two SEC championships and a CFP national championship team in the 2017 season.