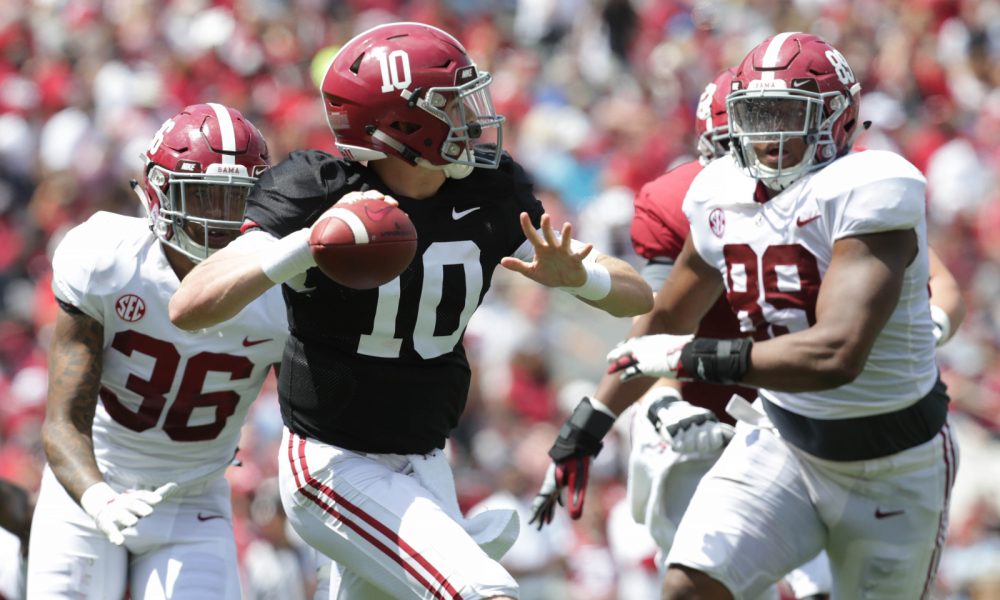 He is not only eager to make his head coach look smart, but Mac Jones wants to show Nick Saban that he can run Alabama’s offense just as good as returning junior – Tua Tagovailoa.

In his presser on March 8, following the Crimson Tide’s first practice of the spring semester, Saban told the media that Jones will have “more opportunities” in the fall.

He expects to watch the sophomore display leadership on the field and Jones is preparing for action.

A native of Jacksonville, Fla., the former four-star of the 2017 class returned to The Bolles School for his spring break and worked on fine-tuning his passing mechanics. After taking the program to the Class 4A State Championship Game as a senior in 2016, Jones intends on knocking out freshmen Paul Tyson and Taulia Tagovailoa for primary backup quarterback.

According to video taken from Cooper Sullivan, a former teammate of Jones at The Bolles School, both guys along with Hayden Hurst – tight end for Baltimore Ravens – worked on pass-catching drills.

Before getting selected in the first round (25th overall pick) of the 2018 NFL Draft, Hurst was a tight end at South Carolina and attended TBS in Jacksonville, Fla. While Tide fans refuse to stomach the idea of Tua Tagovailoa being injured again, Jones must be ready to navigate the offense with no drop off in the event that something does go wrong for the native Hawaiian.