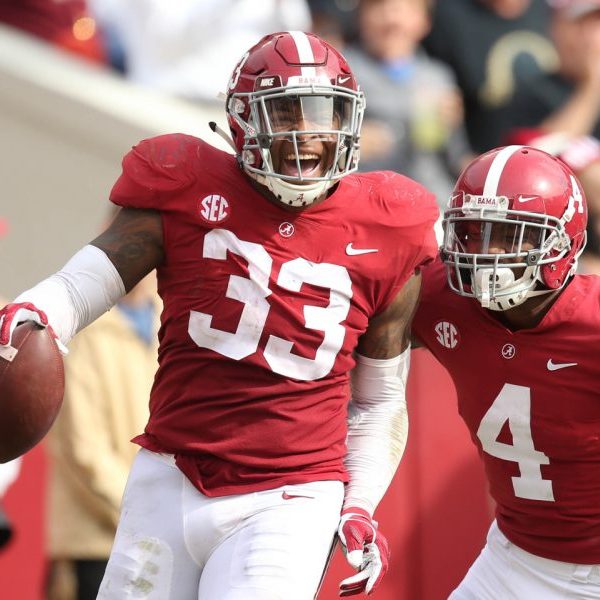 Courtesy of the Student-Athlete Advisory Committee, the University of Alabama held its annual Crimson Choice Awards on Tuesday.

While this event honors student-athletes that represent leadership and excellence at their respective venues, two members of Alabama football were recognized – including one who came off best season in 2018 in terms of performance.

Anfernee Jennings, a redshirt senior, was awarded Comeback Athlete of the Year.

The #CCAwards2019 for Comeback Athlete of the Year goes to Anfernee Jennings, @AlabamaFTBL! #RollTide pic.twitter.com/NaHJ2cBSUz

After sustaining a serious leg injury in the 2017 Allstate Sugar Bowl versus Clemson for the College Football Playoff semifinal, he missed the following matchup against Georgia for the national championship.

In his return, the former four-star totaled 50 tackles and was among the team leaders in tackles for loss (13) and sacks (5.5). Jennings led Alabama in pass breakups with 11 through 15 games and posted six quarterback pressures with one interception last year.

Listed at 6-foot-3 and 259 pounds, Jennings has the size, experience and edge-rushing capabilities to not only have a productive year in the fall, but to also position himself as the top pass rusher for the 2020 NFL Draft.

The hire of Sal Sunseri has been a good one for the Dadeville, Ala., native as he is pushing Jennings to be even more of a vocal leader.

The native Hawaiian set multiple school records in 2018 and became the fourth quarterback of the Nick Saban era to account for at least 3,000 passing yards. Tagovailoa’s run to becoming a Heisman finalist and consensus All-America consisted of 3,966 yards with 48 total touchdowns.

He intends on delivering the Tide to a national title as the starter.

In reflecting back on Jennings, Alabama has a chance to have a fearsome defense if he, Terrell Lewis and Christopher Allen can stay healthy in the fall.