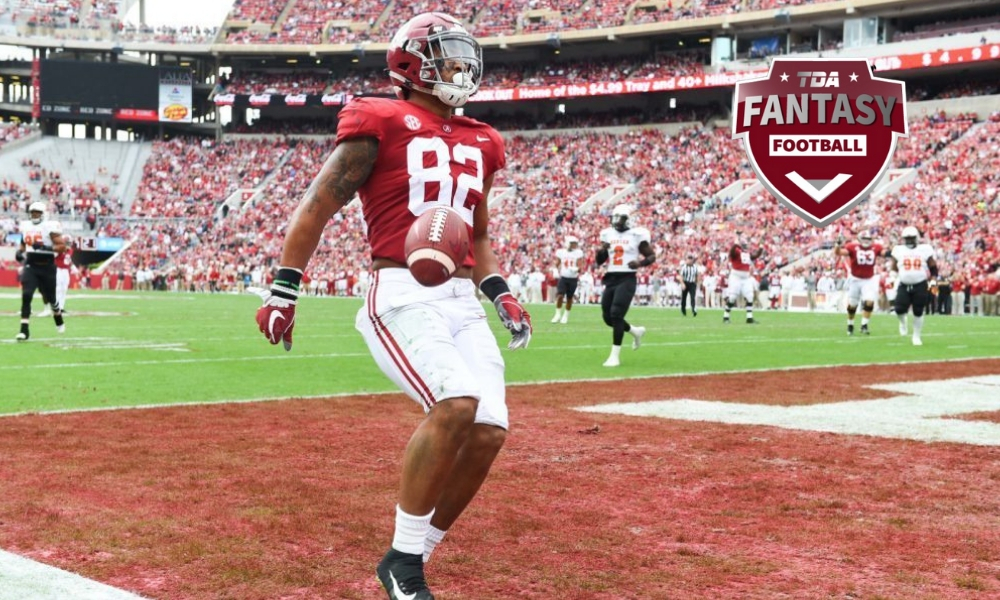 We have heard and seen the name Irv Smith in the National Football League before. In seven NFL seasons, Irv Smith Sr., the father of former Alabama Crimson Tide star tight end, Irv Smith Jr., had 183 catches, 1788 yards, and 15 touchdowns. This was in an era before passing dominated the league, back when the running game reigned king.

Now, the NFL sees multiple 4,000 yard passers each season. And with Smith Jr. being drafted in the second round of the NFL Draft to the Minnesota Vikings, expectations are high for this rookie. Can Smith Jr. have a bigger impact than Alabama’s other former elite tight end, O.J. Howard, especially in fantasy? Let’s take a look in this breakdown:

Irv Smith Jr. is a legit 4.6 second speed guy, which ranked third at the NFL Combine for tight ends. Smith Jr. was a third, fourth and even fifth option in the Alabama offense last season, surrounded by a ton of talent. He will join an offense in Minnesota that also has plenty of offensive weaponry. With the likes of Stefon Diggs, Adam Thielen, and Dalvin Cook, Smith Jr. can cause a serious mismatch with opposing linebackers and safeties.

The @AlabamaFTBL record for most passing touchdowns in a single-season. pic.twitter.com/5svJfkQLCo

The best part of Smith’s situation is learning from a successful tight end in Kyle Rudolph. In fact, reports are out that the senior Smith asked the former Notre Dame standout in Rudolph to mentor his son. And Rudolph has responded by taking Smith Jr. under his wing.

Rookie tight end Irv Smith Jr.’s dad asked Kyle Rudolph to serve as a mentor for his son and the #Vikings veteran tight end so far has delivered. https://t.co/9dJ8CoormZ

Smith Jr. should be a fourth to seventh round pick in fantasy drafts. While Smith may not yet be on the level of Travis Kelce, Zack Ertz, or Eric Ebron, Smith can still come on strong as a rookie. With a ton of attention on Diggs and Thielen, Smith should see plenty of green grass across the middle, as well as one-on-one coverage.

If quarterback Kirk Cousins plays up to his ability this year, I expect Smith Jr. to catch at least 50 passes, over 600 yards and at least four touchdowns. I also expect over 100 fantasy points this season based on the amount of opportunities he will receive in the Vikings offense.