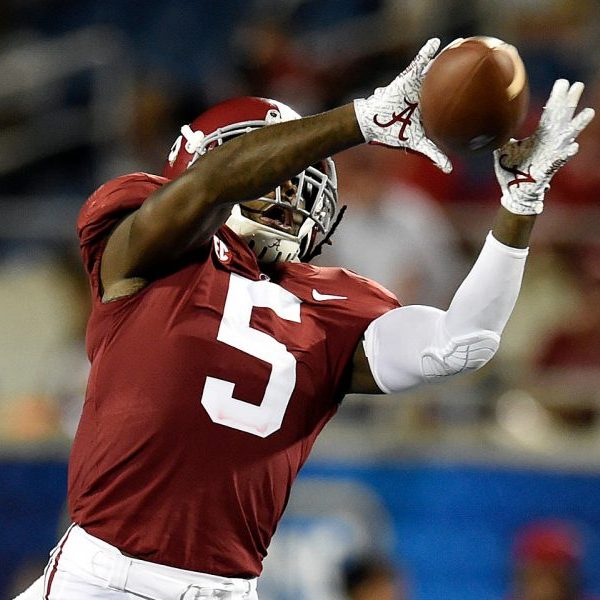 It may be too early to discuss the 2020 NFL Draft, but try telling that to media pundits who already have their boards in order. Next season should present another entertaining year of college football, with hopes of evaluating a future wave of stars for the professional ranks.

Regardless of the expectations for Nick Saban and the University of Alabama to position numerous players in the first round, one individual in particular is not getting the respect he deserves and he intends to put the nation on notice.

While the excitement is toward the return of Trevon Diggs, the growth of Patrick Surtain II and the intensity of Xavier McKinney, some people have forgotten the consistency of returning senior Shyheim Carter in the secondary.

RELATED: Alabama football has pieces in order for a stifling defense in 2019

As important as the others are, it got no better than Carter for the Tide in crunch time last season.

Some will bring up the bad angle he took in the Southeastern Conference title game versus Georgia as he failed to tackle D’Andre Swift – prior to him reaching the end zone – however, there were also moments where he created pressure to quarterback Jake Fromm and defended elite receivers with perfect coverage in a 35-28 win for Alabama in Atlanta, Ga.

Once a “do it all” player at Kentwood (La.) High School, Carter was a unanimous four-star prospect and one of the top cornerbacks in the 2016 recruiting cycle. As an elite athlete, he ranked at No. 40 on the ESPN 300 and chose to come to Alabama.

After sitting behind former All-American safety, Minkah Fitzpatrick for two years, the Louisiana native broke out in 2018 with a strong junior campaign.

As crazy as it sounds, Carter’s statistical output from his first year at star (nickel) resembles Fitzpatrick from his freshman season in 2015.

Aside from two sacks the New Jersey native and former five-star forced, Fitzpatrick had 45 tackles, three tackles for loss, 11 breakups and two pick-sixes.

He became an All-American and all-conference selection, while winning both Jim Thorpe and Chuck Bednarik awards in his final year with the Tide.

Fitzpatrick was selected in the first round (No. 11) of the 2018 draft to the Miami Dolphins and had a great rookie year.

Seeing the numbers on paper warrants the question of why Carter has not been mentioned more among the first-round names? According to an article from CBS Sports, he projects at No. 64 of 100 prospects listed for the 2020 venue. Diggs, who missed nine games following a broken foot, is projected higher than Carter – as he listed at No. 37 and ranks as the fifth-best at his position.

The duo of Karl Scott (corners) and Charles Kelly (safeties) both working under Saban will be very interesting in the fall, especially with Carter looking to gain ground.

NFL scouts will recognize No. 5 (defense) in crimson and white soon enough.