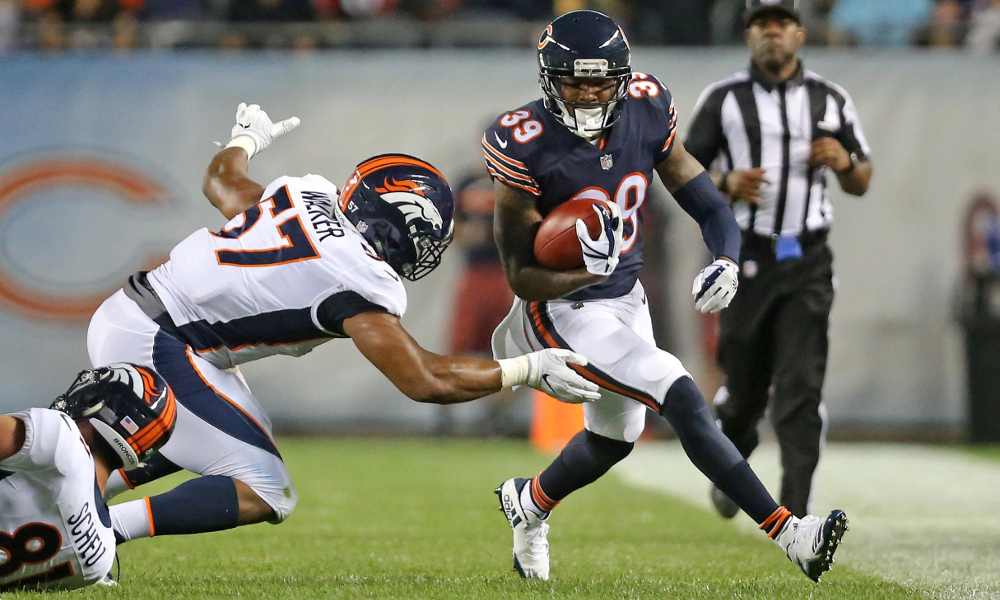 The University of Alabama now has its second alumnus on defense to appear on the NFL’s Top 100 Players list for 2019, and this one comes in the secondary.

All it took was two years and Eddie Jackson is a star in the pros.

Joining linebacker C.J. Mosley, voted at No. 73, Jackson makes his debut at No. 30 – via his peers in the NFL.

Despite being a first-round talent, a leg injury caused the Floridian to drop to the fourth round of the 2017 NFL Draft and the Chicago Bears could not be any happier with the result.

He has recorded eight interceptions in two seasons, with six coming in 2018.

The 6-foot, 202-pound safety was second in the NFL in picks last season and returned two for touchdowns while posting 15 pass breakups.

Jackson had 51 tackles and was instrumental on a unit that led the league in scoring defense (17.7 ppg allowed), rush defense (80 ypg allowed) and lowest passer rating allowed (72.9).

Chicago was third in total defense, surrendering 299.7 yards per game and tied for second in the NFL in sacks (50).

Behind Jackson, the Bears finished 12-4 and captured an NFC North title.

Danny Trevathan, a linebacker for the Bears, wanted to make sure his teammate and ball-hawking defensive back was recognized.

.@BoJack39 is a walking CLINIC.

“If Eddie is not on this list, we need to talk to somebody,” Trevathan said behind the scenes for NFL’s Top 100 Players of 2019.

Mike Evans played against Jackson at Texas A&M, so the former Southeastern Conference wide receiver knows how good he is.

“We watch film on him. He is always around the ball,” Evans said of Jackson.

Prior to facing the Bears, Aaron Rodgers of the Green Bay Packers had a streak of 402 consecutive passes without an interception.

Jackson ended the streak and in the month of November, he scored three touchdowns – which was more than running backs Todd Gurley, James Conner and David Johnson.

He has five scores after his first two seasons and it puts him above Deion “Prime Time” Sanders (four) for most by a defensive player after two years.

Before the NFL, Jackson was must watch television at Alabama.

He tallied nine picks in his career – including a team-high six in the Crimson Tide’s run to a College Football Playoff national title in 2015.

Three of his nine interceptions went for touchdowns and he even accounted for two punt return scores as a senior in 2016.

Even with the injury, Jackson was voted a permanent team captain at Alabama.

As he enters his third NFL campaign, quarterbacks better be aware of No. 39 lurking in Chicago’s defensive backfield.