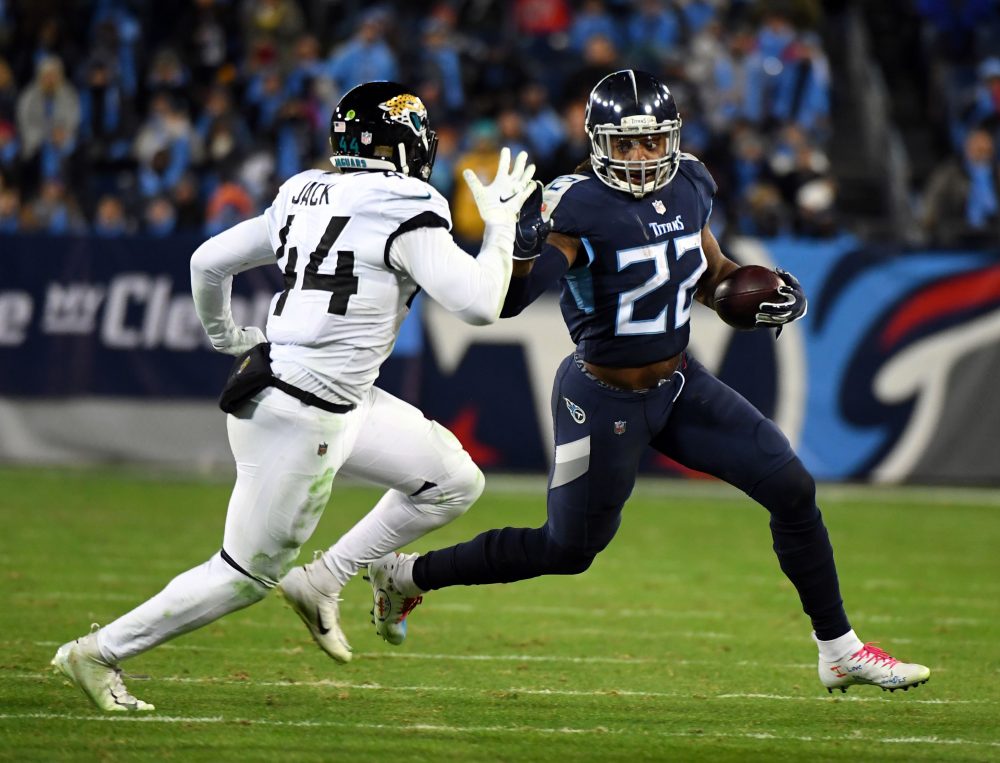 Earlier today it was reported that Tennesee Titans running back Derrick Henry suffered a lower leg injury during the teams training camp today. Head coach Mike Vrabel informed the media that there is no timetable for the return of the running back.

On Friday, Henry was seen at practice with a walking boot and has not practiced since.

But NFL Network’s Ian Rapoport reported good some good news from the franchise. The Titans are reportedly “not worried” with the injury and that it “should not be a big deal.” This should bring quite a big sigh of relief to the Tennessee faithful.

Henry is coming off of the best season of his career where he was named 99th best player in the NFL, becoming one of the top rushers in the NFL. The former Heisman Trophy winner recorded career highs all across his stat line. In 2018 Henry ran for 1,059 yards, averaged 4.9 yards per carry and also scored 12 touchdowns.

What made Henry’s 2018 campaign even more impressive was the slow start he got off to. Through the first 12 weeks of the season, the running back only ran for more than 55 yards four times. The team was also didn’t have much stability on the offensive side as a whole until week 13 against the Jacksonville Jaguars.

That’s where Henry took over.

During the game, the Titans fed Henry the ball 17 times for 238 yards, four touchdowns and also had one of the NFL’s most impressive run of 99 yards while stiff-arming the entire Jaguars defense. The next three weeks while not quite as impressive, were integral to help the Tennesee make the playoffs.

Throughout the last four weeks of the season, Henry ran for 585 yards after running for just 474 the 12 weeks prior.

If Henry can avoid building up these small injuries and build on the last couple weeks of the 2018 season, then NFL teams have good reason to fear number 22.