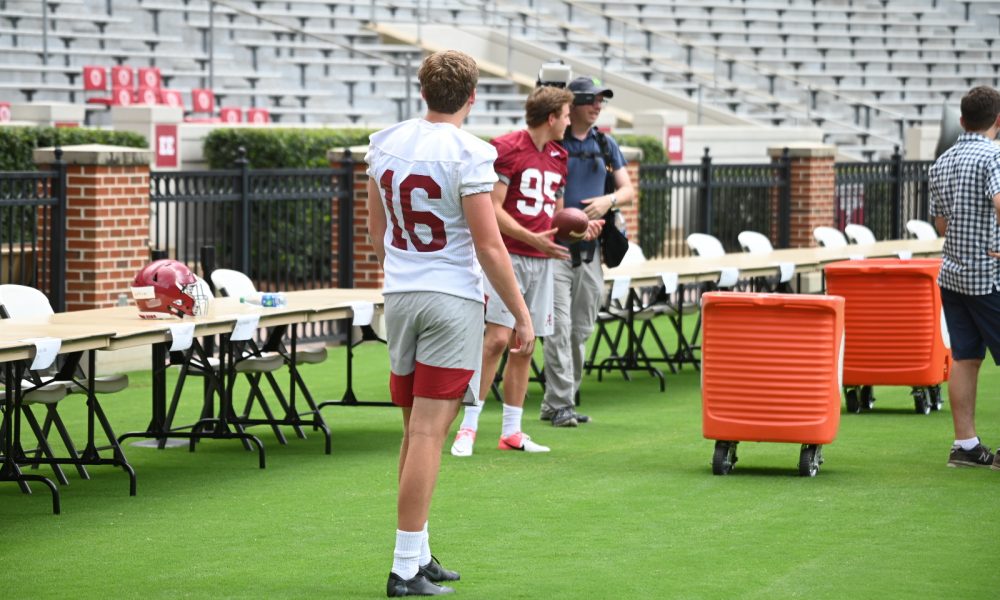 Let that headline sink in.

Has Alabama woes in the kicking game officially been solved?

Head coach Nick Saban was in a chipper mood when it came to addressing the media on that aspect of the game, following the first scrimmage of fall practice.

In a battle between Joseph Bulovas and Will Reichard, Saban was pleased with both guys yet he singled-out the latter.

Reichard, a three-star from Hoover, Ala., was the nation’s top-rated kicking prospect – according to the Kohl’s Kicking site. He nailed 27 of 31 field goals during his high school tenure and made all 109 of his extra point tries.

Reichard boldly declared to Justin Smith, recruiting/scouting analyst for Touchdown Alabama Magazine, that he is the one to “fix all the kicking issues” for the Crimson Tide.

He proved accurate of this statement in the spring game back in April, as he nailed a 43-yard field goal and made all of his PAT’s to the joy of fans.

Since then, the hot shot kicker has found ways to get work in.

His confidence has been high all summer and Saban liked what he saw from the freshman on Saturday at Bryant-Denny Stadium.

He said Reichard did “really well on field goals” and that it was “encouraging” to see.

Per sources, Reichard made all four of his kicks – including a 50- yarder.

“He was the biggest highlight of the scrimmage,” sources said of Reichard.

“Everything he kicked went through and the kick he made from 50 yards would have probably been good from 60-plus. Reichard was one of three players that handled business today.”

The battle is not over between he and Bulovas, but this is a great start for Reichard.

Should he continue this consistency in the following exhibition, which is next Saturday, he can lock up the job as the starting kicker.