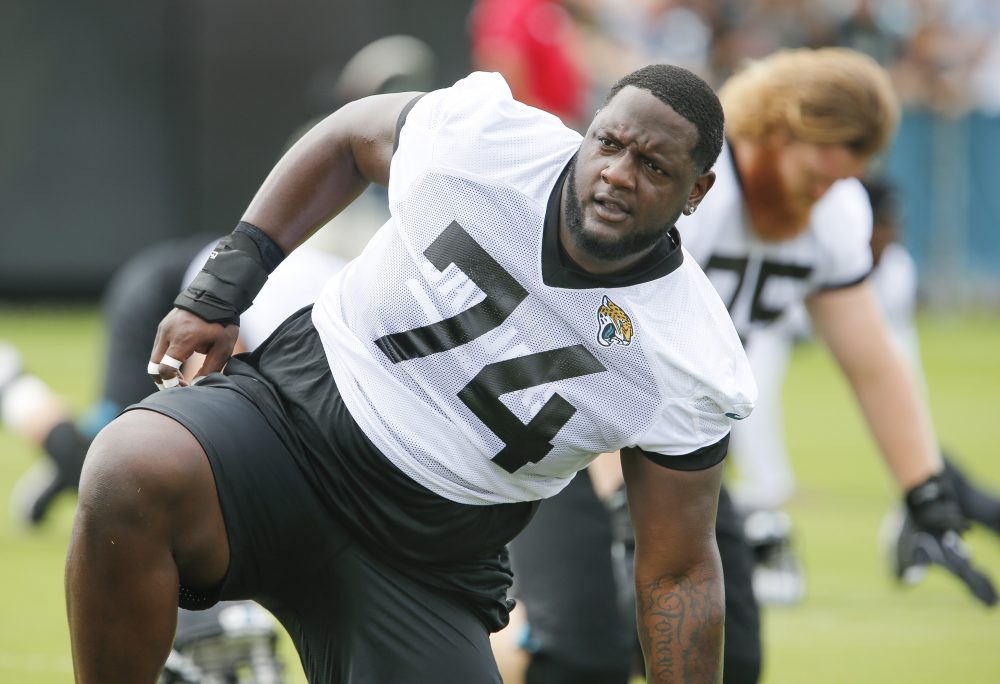 All is not well in Jacksonville, as the franchise has a very long list of injuries heading into the 2019 NFL season. One of the players on that list is starting left tackle, Cam Robinson.

Robinson is still recovering from an ACL injury from Week two of last season against the New England Patriots which makes the length of the recovery a bit concerning. Today head coach Doug Marrone told The Athletic that the former Alabama left tackle probably won’t be ready.

“We’ve got to go and start preparing to play without them (Robinson and wide receiver Marquis Lee), said, Marrone. “It could change, obviously, but it’d be tough.”

Lee and Robinson are yet to play during training camp but have been spotted doing some work off the practice field.

The second-round pick played in 15 games during his rookie season and was showed flashes of an elite tackle. In his first year, Robinson only allowed two sacks which was among the best in the NFL.

Although Robinson may not be around for the beginning of the season the Jaguars staff still hopes the 6’6″ mauler to have a speedy recovery due to the lack of viable replacements.