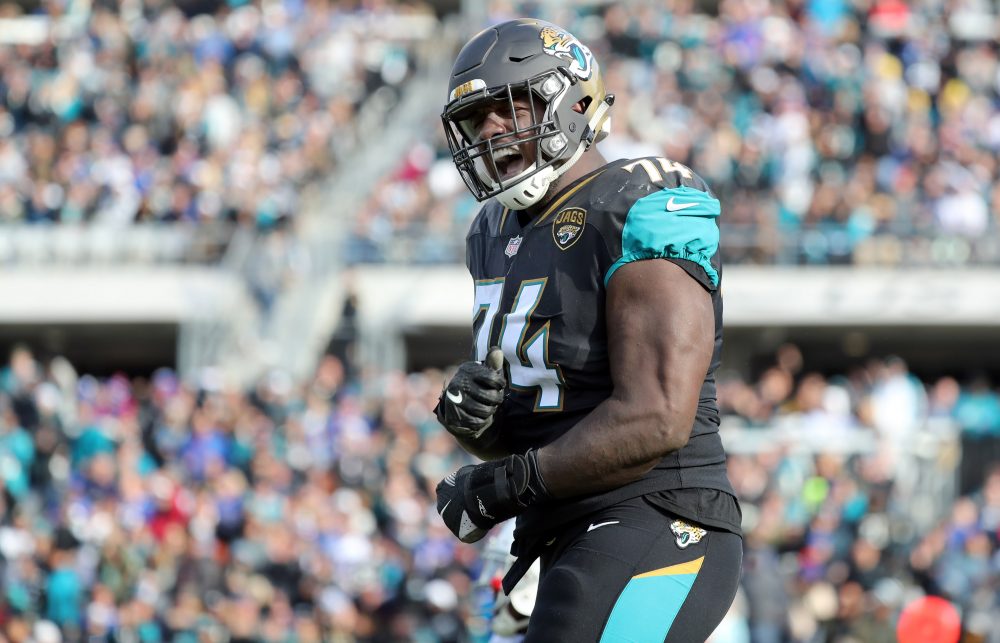 Looks like something must’ve clicked for the big man in the last 10 hours.

Despite the unencouraging reports from yesterday, Jacksonville Jaguars left tackle Cam Robinson will return to practice. Yesterday head coach Doug Marrone addressed the injuries to Robinson and wide receiver Marquis Lee and how the team would look to prepare for the pair to not be around for the start of the regular season.

Related: Jaguars Fear LT Cam Robinson May Not Be Ready for Week One

“We’ve got to go and start preparing to play without them,” said Marrone. “It could change obviously but it’d be tough.”

Well, it looks like it wasn’t as tough as he thought since he returned to the podium today to announce the return of the former Alabama star.

“The injuries have been a big thing,” said Marrone. “We do have one change that we’re excited about. Obviously, Cam Robinson is going to be off of PUP. So he’ll be out there on the practice field, he’ll be going through walkthroughs and individual.”

Coach Marrone announces @crobinson_68 is coming off PUP and will return to practice today. pic.twitter.com/ORlUpn8dI1

Jacksonville has a huge list of injuries which they will continue to deal with heading into the season. But the franchise left tackle returning to practice is surely a step in the right direction for the team.