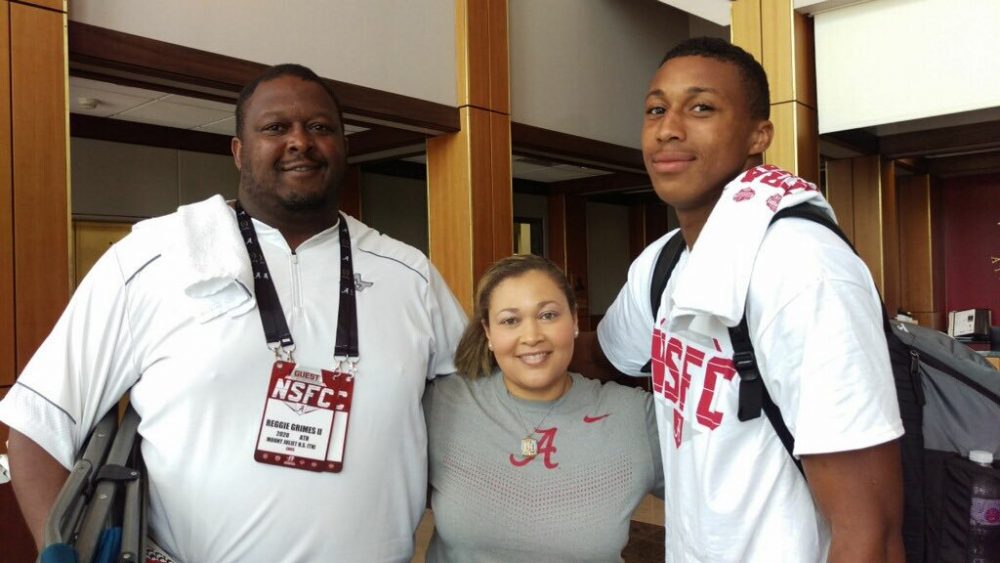 2020 defensive end, Reggie Grimes II, has adjusted his commitment date and will announce his decision on Nov. 28, which is Thanksgiving.

Due to unforeseen circumstances I will be moving my commitment date back to Thanksgiving, which is Thursday, November 28th. God Bless🙏🏽 @grimesreginald @RavenwoodFB @BuckFitz @V7Npa @CoachTBarr

Grimes attends Ravenwood High School in Brentwood, Tennessee. The 2020 recruit was recently ruled eligible to play his senior football season for Ravenwood. Tide fans may be familiar with Grimes’ name due to his father being former Alabama defensive end, Reggie Grimes Sr.

Grimes II does have an appreciation for Alabama’s winning tradition.

“They are a great football team and most of their players are great people,” Grimes told Touchdown Alabama in April. “I would not want to play with people, who do not know how to win. Alabama has that and they know what it takes. They have been to the National Championship time and time again.”

The Tide will host Grimes II for an official visit on Sept. 20.

Alabama is expected to line up Grimes at the outside linebacker position in their defense. The Tenessee product is lengthy at 6-4 and 240 pounds.

Tennessee, South Carolina and Vanderbilt are also pushing for Grimes’ II services. The Gamecocks have hosted Grimes II  for an official visit. The Volunteers will host him on Oct. 5.