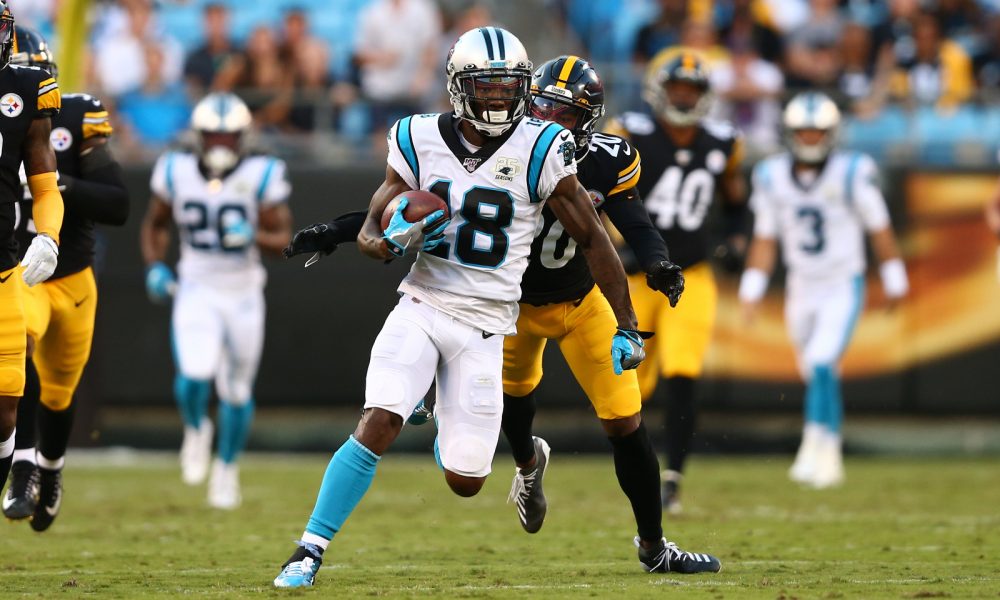 Cuts are being made in the National Football League as all 32 teams start to finalize the 53-man roster – prior to their season openers. The final games of preseason action began on Thursday and there were a few alumni members of the University of Alabama that stood out.

While we did not much action from players such as Quinnen Williams, C.J. Mosley, Rashaan Evans, Eddie Jackson, Ha’Sean “Ha Ha” Clinton-Dix and Derrick Henry among others, listed below are some names that played a huge role in helping their respective team earn a victory.

He went through some injuries in his time with the Crimson Tide; however, DeAndrew White was one of the program’s best route-runners.

White recorded the game-winning touchdown reception from Blake Sims versus Louisiana State University that year and also scored in the Southeastern Conference title game against Missouri.

He was a member on two BCS National Championship teams (2011-12) and now entering his second year with the Carolina Panthers, the 27-year-old is ready to make a mark on the professional game. White led the Panthers in receiving in its 25-19 win over the Pittsburgh Steelers – recording 94 yards on four catches.

He averaged 23.5 yards per reception on six targets, with his longest play resulted in a 54-yard hook up from Will Grier at quarterback.

White was a member of the New England Patriots’ practice squad, during its Super Bowl Championship season in 2016. Now, he is prepared to be a marquee contributor.

Never did it cross his mind that he would fall to the sixth round of the draft, but it appears as though everything has worked out well for Isaiah Buggs.

He had little to no offers out of high school, so the Louisiana native took the junior college route and then landed at Alabama. The 6-foot-3, 306-pound defensive end would collect 102 tackles, 17.5 tackles for loss and 11 sacks in two seasons. He helped the Tide win an SEC Championship last year and a College Football Playoff national title in 2017.

After finding a home under Nick Saban, Buggs has transitioned to life with the Steelers and posted strong numbers on Thursday.

He turned in four tackles – two solo – including one for loss and a half sack in a matchup versus the Carolina Panthers.

Buggs would also tally one quarterback pressure, despite the Steelers dropping the game.

As special as he was at Alabama, the golden leg is blessing the Packers.

He averaged 48 yards per boot and dropped one of his kicks inside the 20-yard line of Kansas City.

Although he never won the Ray Guy Award in college, Scott’s masterful way of flipping field position may potentially help Green Bay get back to the Super Bowl and be victorious.

With his efforts, Green Bay got a 27-20 win over the Chiefs.

We have spent so much time in awe of his interceptions, there are times people forget the exceptional tackler in space that Mack Wilson is.

He’s part of a talented roster in Cleveland and one that may finally see the Browns make the playoffs.

After a solid career at Alabama, he was selected in the fifth round of the NFL Draft and is quickly becoming a fan favorite in Ohio.

Wilson picked up four solo tackles in the Browns’ 20-16 win over Detroit, helping the team secure its third win of preseason play. As he is around talents such as Myles Garrett, Greedy Williams and Denzel Ward among others, Wilson and the Browns are expected to be a playoff team.