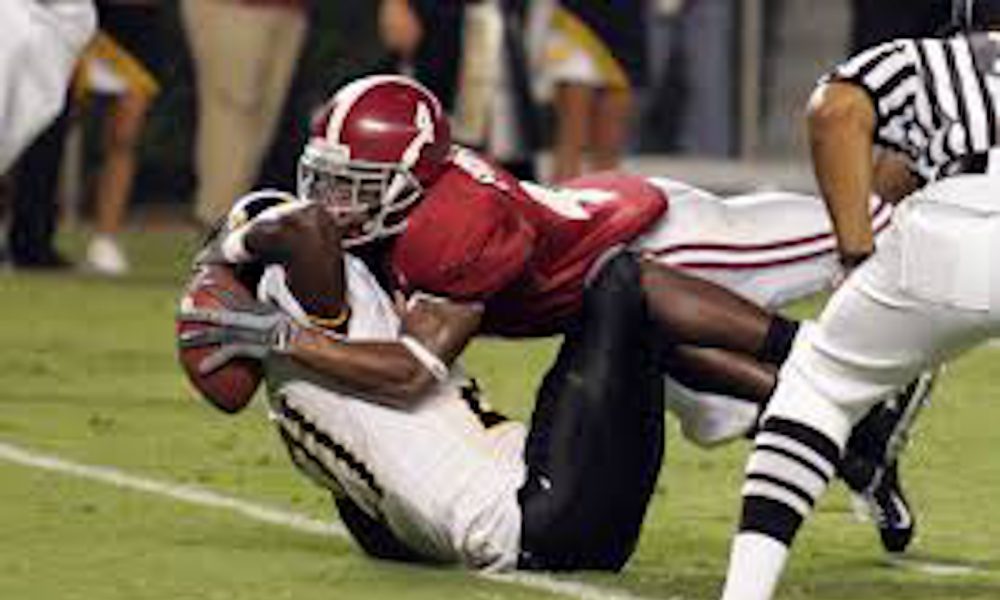 College football is and has always been known for transcendent players that showcase massive feats of athleticism, to captivate the attention of an audience.

Whether it’s a big run, an acrobatic catch, a game-saving tackle or a timely interception, situations like these make the game special.

In terms of the University of Alabama, there have been numerous acts of quality plays on the gridiron. Since the turn of the century, especially in the 2000s, one can either recall great moments or see the images that made Crimson Tide football great at the Mal Moore Athletic Facility, Rama Jama’s or the Paul Bryant Museum.

He was lightning in a bottle at 5-9 and generated plays with the ball that were Antonio Brown-like – prior to his time.

A native of Heflin, Ala., Prothro was the heart, explosion and leader of a program needed at a time where winning was not on the forefront.

He drew crowds to Bryant-Denny Stadium, as supporters proudly wore No. 4 jerseys and wore eye black in wanting to honor him.

Losing to the Golden Eagles would ignite “Fire Saban” chants around the institution at this day and time, but there was a situation where the Tide almost fell to Southern Miss.

The year was 2005 and fans were hopeful of it being the stage for Mike Shula to prove he’s the right coach.

People were disappointed in Tuscaloosa, Ala., as the Tide trailed Southern Mississippi, 21-10 with 29 seconds left in the first half.

The normal thing on fourth down with 12 yards to go would be to punt the ball, but Shula had confidence in his quarterback – Brodie Croyle – at the time.

Alabama had Croyle in the shotgun with a set of three wide receivers.

Prothro was in the slot and his responsibility was to run an inside post pattern.

As a 12-year-old starting to fully understand Tide football, Stephen Smith was not at the game yet he saw what everyone else viewed as one of college football’s most incredible moments.

Instead of running a post route, Prothro runs a go route to the end zone – where the Golden Eagles have Jasper Faulk matched up on him.

With Faulk not looking for the ball, Prothro extends his arms to grab the pigskin from Croyle. Although he wants to catch the ball cleanly, Faulk’s body prevents him from doing it and he traps the ball on the back of his helmet.

The two would simultaneously roll into the end zone, leaving the officiating crew with no thought as to what happened. After looking at a few different angles, the play was called a touchdown and fans went nuts.

The 42-yard outcome, which left many in disbelief, ultimately led to the Tide earning a 30-21 win over Southern Mississippi and starting 2005 at 2-0.

Prothro’s concentration, like Van Tiffin’s kick, was seen around the world.

His catch, dubbed “The Catch,” is enshrined as a Daniel Moore painting, it was rated as the eighth greatest catch of all-time via The Best Damn Sports Show Period, and it won an ESPY in 2006 for “Best Play.”

Not only did the game provide Alabama with a lot of confidence going forward in the season, but it also displayed the rare playmaking abilities of Prothro to everyone.

A horrific leg injury three weeks later versus Florida ended his career, but the memories of his catch live on.

Prothro opened doors for guys that are not 6-foot-2 and taller to have success at Alabama, and his reception against the Golden Eagles was the start of it. Since the arrival of Nick Saban in 2007, Alabama’s had 10 receivers shorter than 6-2 to post 1,000-yard careers.