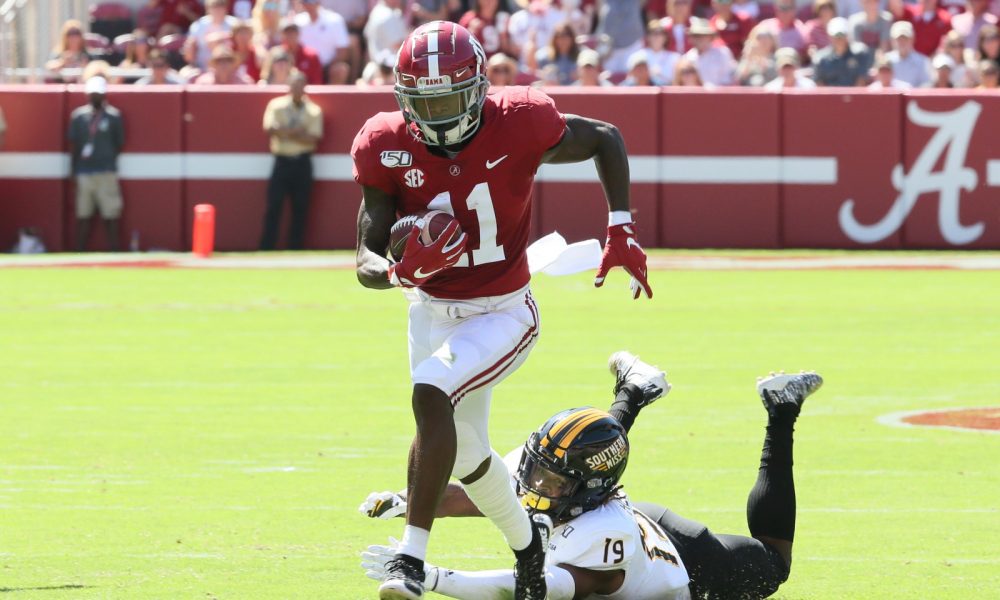 Before it drafted Julio Jones and paired the two together for a few seasons, the Atlanta Falcons had Sharod “Roddy” White as Matt Ryan’s lone big-play receiver.

An alumnus of the University of Alabama at Birmingham, White played 11 years (2005-15) in the National Football League and recorded 10,863 receiving yards with 63 touchdowns on 808 catches.

As elite as he was, White sees something special in the receiver room at Tuscaloosa, Ala.

The trio of Jerry Jeudy, Henry Ruggs III and DeVonta Smith are all juniors that account for 1,000-plus yards receiving for their careers.

In terms of Jeudy and Ruggs, the tandem stands second and third respectively on the University of Alabama’s all-time list for touchdowns.

Both are in a race to catch former standout, Amari Cooper (31) who has the most.

When one looks at Smith, he is the most sure-handed receiver of Tua Tagovailoa that has two game-winning touchdowns under his belt.

All three players have totaled at least one 100-yard performance this season, with the latest one coming via Ruggs against Southern Mississippi.

While most NFL Draft analyst have Jeudy and Ruggs as first-rounders for next year, White believes all three should be considered. The 37-year-old does make a valid point, seeing as how the trio each has a special bond with their quarterback. This group of outside weapons have changed the culture of Alabama football.

For a program that was once about defense and powerful running backs, it is now about a high-powered passing attack and dropping points.

Ole Miss is next on the horizon for the Tide, but its receivers are on the NFL’s radar.