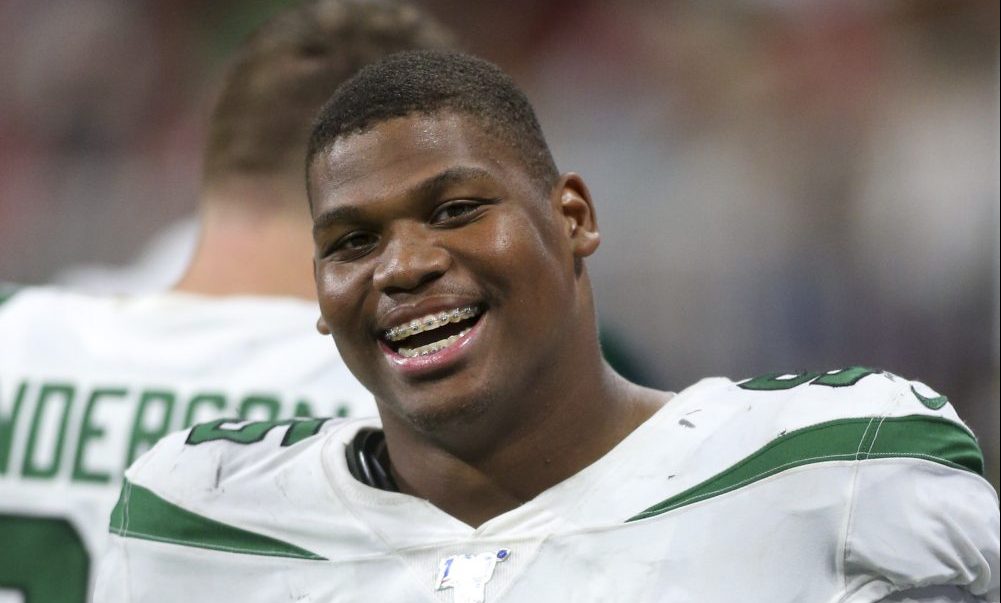 The walking meme himself Quinnen Williams took a break from football a couple of days ago to provide the world with some well-needed happiness. The New York Jets defensive tackle joined Bleacher Report’s Adam Lefkoe to recreate some of the internets most popular memes.

And the results are so much better than expected.

Everything Quinnen Williams does eventually becomes a meme…

So, we put @QuinnenWilliams in the world’s best memes…😂😂😂 pic.twitter.com/PmGo7G7sSF

Don’t get me wrong, Michael Scott is a legend. Quinnen is ICONIC 😂 pic.twitter.com/p84zog9Hf0

So our gift to the Internet…
Memes + Quinnen = Quemes

Don’t worry there are many more.

Not only does Williams dominate on the football field but he has been one of the must-watch interviews since entering the league. His child-like enthusiasm for the game of football is heartwarming and provides a well-needed change of pace from what the media usually hear from players of his popularity.

Now that the Crimson Tide and Jets faithful have their own walking meme machine, all rivals of both teams need to prepare themselves for the flooding of big Q memes on their timelines. And I’ve got a feeling these will be living on for quite a while.