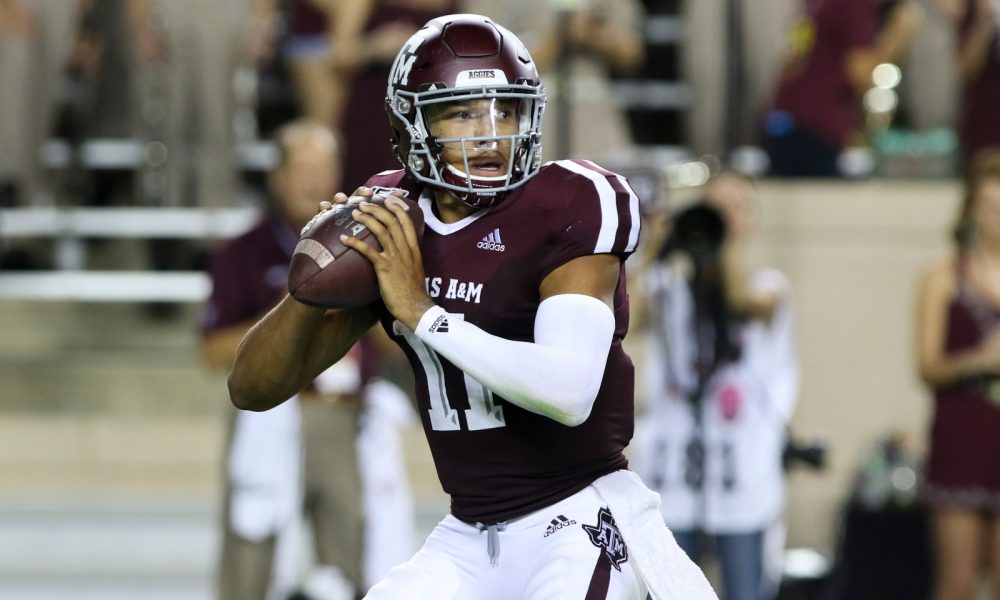 Prior to Kevin Sumlin landing a head coaching job at Arizona and Kliff Kingsbury leaving college for the National Football League, both coaches were on top of the world nearly seven years ago.

Football for Texas A&M was always decent in the Big 12; however, its first season in the Southeastern Conference was something special.

For a program that rarely suffers a home loss, the University of Alabama never expected its defense to get ran up and down the field inside Bryant-Denny Stadium in 2012. In a matchup that changed Nick Saban’s views on recruiting, provided Aggie fans with hope in its new coach, and propelled one star to a Heisman Trophy, Texas A&M’s win over the Crimson Tide would not have been possible without a little magic.

A tiny young man from Kerrville, Texas, he was listed at No. 3 or 4 on the depth chart at quarterback.

Sumlin and Kingsbury had older guys, but there was something the alumnus from Tivy High School had that everyone else lacked. By the time the team arrived in Tuscaloosa, Ala., the two offensive minds noticed Manziel had no fear of Saban, his players or the fans.

He captured the CBS lights and put on a show that to this day still sends cold sweat, fear and frustration to Saban.

Manziel tore up the field with his arm and legs, making plays that defied the laws of gravity and stunning the college football world.

His performance of 345 total yards offensively (92 rushing) and two touchdown passes guided the Aggies to a 29-24 upset win over the Crimson Tide.

From a game that was unexpected to what can ensue on tomorrow, national reporters chose Texas A&M in the preseason to beat Alabama.

Despite it being victorious in its last three visits to College Station, Texas, there are a few true freshmen and veteran starters on this year’s defense who have never been to Kyle Field.

It will be a first-hand experience for them and the crowd looks to generate an intimidation factor. Saban and his coaching staff have spent all week preaching containment, but simulating Kellen Mond is different than actually facing him.

If one was to remove three interceptions and some horrific play from the Aggies’ offensive line through two years, Mond has had success versus Alabama.

He has accounted for 433 passing yards, 112 yards rushing and four total touchdowns. Should he be able to extend plays outside the pocket and his receivers help him, it could be Manziel to Mike Evans all over again.

The keys for Texas A&M will be its front line and hoping for a few busted coverages from the Tide on defense.

To reflect back on Alabama’s meeting with Ole Miss in 2015, it could not hurt the Aggies to also cash in on some turnovers. Mississippi was never supposed to win that contest on paper; nevertheless, too many mistakes from Saban’s bunch and some fortunate bounces for the Rebels led it its 43-37 victory.

Does Mond have that same type of magic? Will the Aggies’ defense make it difficult for Tua Tagovailoa and Alabama’s offense to have success?

Both questions will be answered on Saturday.

Alabama to start Landon Dickerson, Deonte Brown against Texas A&M
Nick Saban explains why Tua Tagovailoa is the team’s holder
To Top
%d bloggers like this: