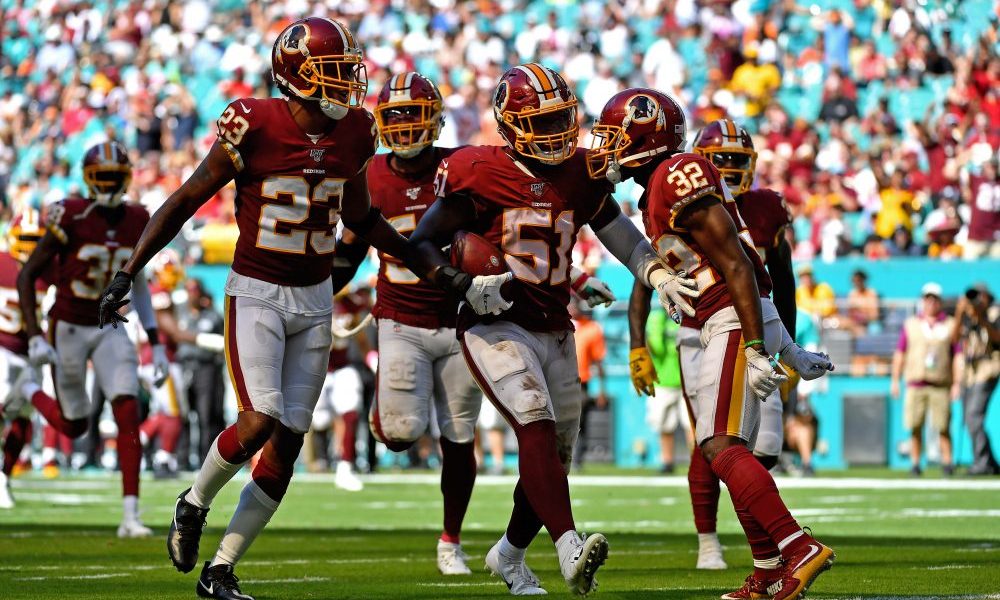 After his career ended at Alabama with frustration over injury, Washington Redskins linebacker Shaun Dion Hamilton is carving out his role in the NFL. Over the last two seasons, Hamilton has been earning his playing time going from a sixth-round pick with no guarantees of seeing the field to now being an impact player on defense and special teams.

On Sunday against the Miami Dolphins, all his hard work turned into results as he picked off quarterback Josh Rosen late in the third quarter.

Shaun Dion Hamilton playing the role of the Mike 'backer in Tampa-2, dropping back to fill the middle of the field allowing the two deep safeties to split wider. Great job reading the route and breaking underneath for the INT. #Redskins pic.twitter.com/P5GdiZEAhJ

The interception eventually led to a field goal for the offense giving the team a 17-3 lead heading into the fourth quarter. Because of that interception and field goal, Washington was able to win the game 17-16 making that play all the more meaningful. Hamilton also finished the game with three tackles with one for tackles for loss.

After firing head coach Jay Gruden last week, Washington has now picked up its first win of the season as they avoid the titular 0-16 season.