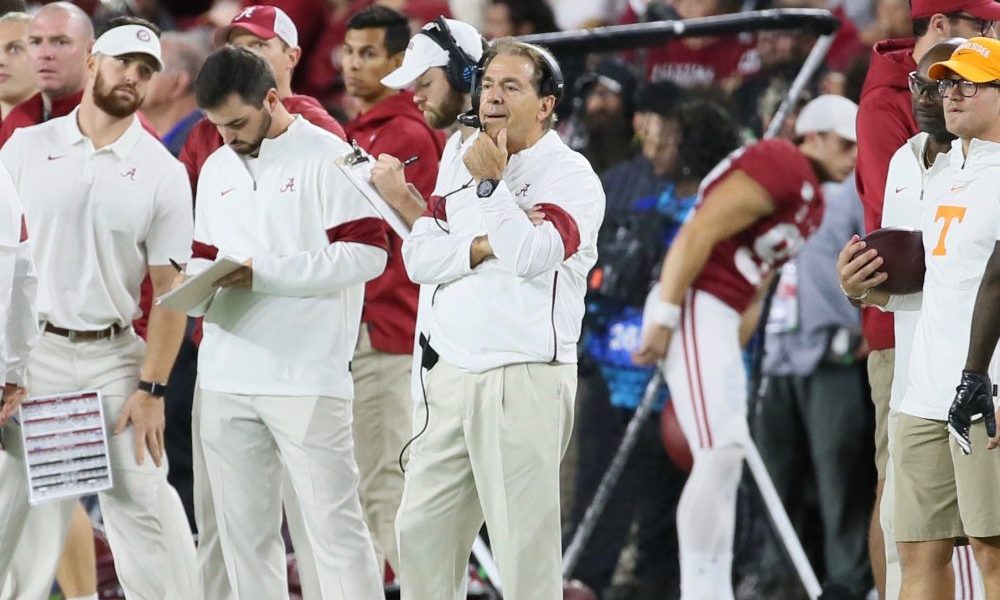 The Alabama Crimson Tide and the LSU Tigers have met several times on the field with National Championship stakes on the line over the last decade, but some of the biggest moments in this competitive matchup has happened on the recruiting trail.

It is hard to forget former Alabama defensive back, Landon Collins, choosing Alabama over his home state school, LSU, and his mother’s reaction.

The Tide and Tigers battles on the recruiting trail have continued to heat up as both have made moves to pull recruits from one another state.

In the 2019 cycle, LSU pulled a total of four prospects out of the state of Alabama. The Tide returned the favor by landing 5-Star defensive tackle, Ishmael Sopsher, and 4-Star linebacker, Christian Harris, who is a native of Baton Rouge, Louisiana.

The 2020 recruiting class is shaping up to be no different as the biggest shock in the 2020 recruiting class this far involved the two programs, when 5-Star tight end, Arik Gilbert, chose the Tigers over Alabama. LSU has also recruited the state Alabama in the 2020 cycle and has had some success as they currenly have a verbal commitment from 4-Star defensive tackle and Hewitt-Trussville product, Eric Taylor.

Alabama has also been able to grab one recruit from the state of Louisiana in 4-Star running back, Kyle Edwards, but they have bigger plans in terms of impacting LSU’s 2020 class as the Tigers’  wide receiver commits, Kayshon Boutte and Rakim Jarett, continue to be two of Alabama’s top targets. Both took official visits to Alabama during Arkansas weekend.

To finish each program’s respective recruiting class, both are targeting a couple of the same prospects. One of their mutual targets is 5-Star running back, Zachary Evans, who took an official visit to Baton Rouge two weeks ago. The Tigers head coach, Ed Orgeron, also visited Evans and watched him play for North Shore High School during the Tigers’ BYE week.

The Tide hosted Evans for an unofficial visit for the Tennessee game.

Both teams will get their shot at one another on Saturday in the biggest game of the 2019 football season, which should give the winner a little leverage in future recruiting pitches.