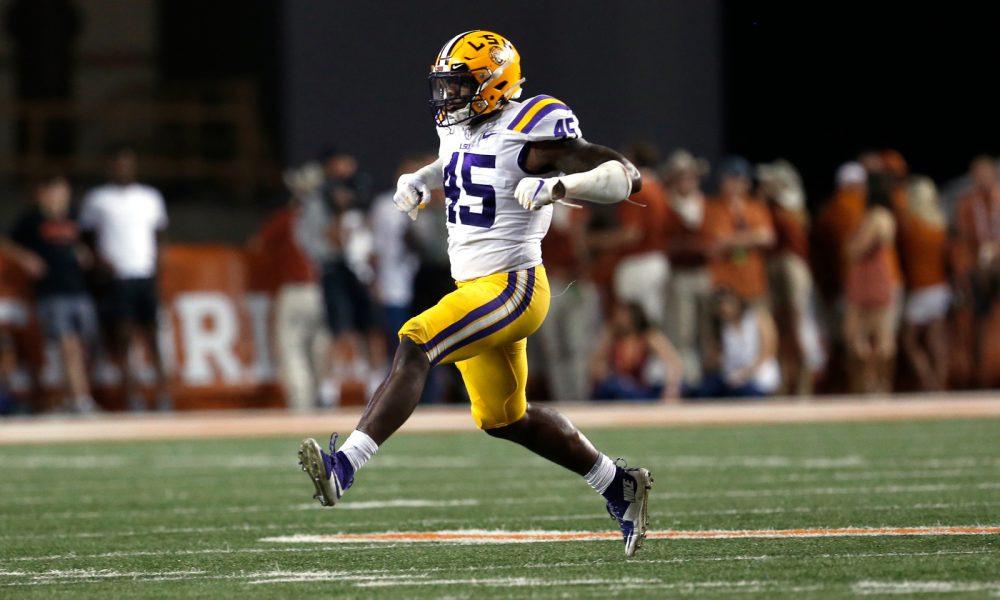 Prior to facing Alabama on Saturday, the Tigers will be without one of its best edge rushers as Michael Divinity was dismissed from the team.

News was first reported from Brody Miller of The Athletic on the talented senior outside linebacker.

According to Miller’s article, Divinity was already scheduled to miss a few games because of a “coach’s decision” yet the coaching staff decided to part ways with him altogether.

Through five games, he has 23 total tackles – including four for loss and a team-high three sacks. Divinity chimes in with three pass breakups and after the season he had in 2018, he entered this year as one of the top players for the 2020 NFL Draft.

The 6-foot-2, 238-pounder has speed, power and technique on the edge and would have given either Alex Leatherwood or Jedrick Wills a challenge at offensive tackle.

With Tua Tagovailoa returning to media viewing and anticipating a start versus LSU, the Tigers are down one guy that can affect him.

He recorded 54 tackles a year ago, with 10.5 coming for loss and five sacks.

Divinity posted on his Instagram that he’s no longer part of the program.

I am taking some time off to focus on a personal matter and just wanted to say thank you to my coaches, teammates, and the entire LSU community for your continued help and support. I am sorry I can’t be on the field for you guys. My goal is to get myself back to 100% in time to graduate in December and be back on the field fighting with my brothers soon. This is an incredibly difficult time for me, and it means so much to me that so many people have reached out–knowing you all have my back will make the next short while a lot easier. Thank you all. I got this, I promise you.

LSU will have to hope the return of K’Lavon Chaisson is enough to make Tagovailoa uncomfortable and force some turnovers at Bryant-Denny Stadium.