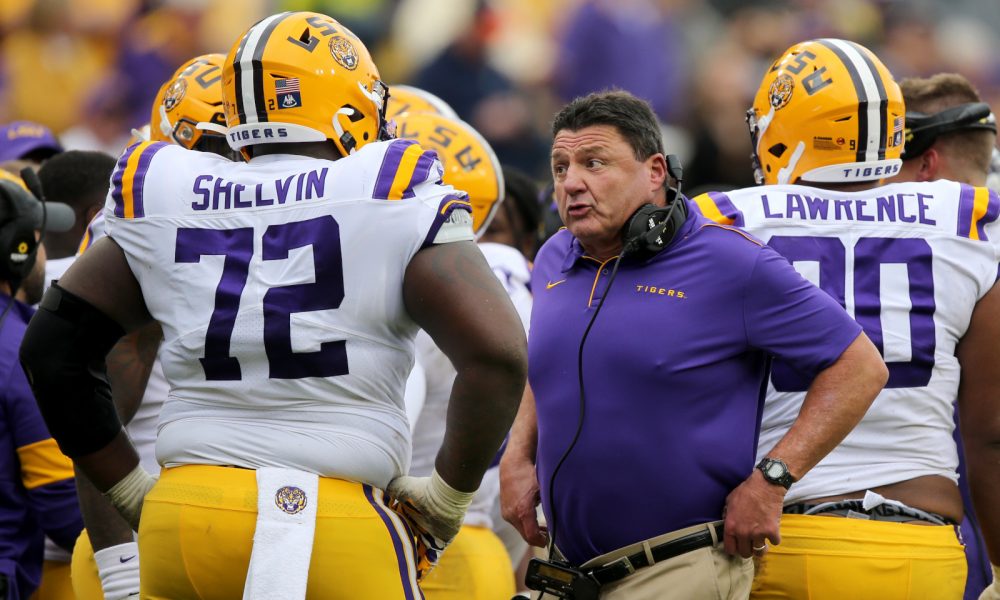 With the team dismissing Michael Divinity and Grant Delpit trying to shake off an injury, LSU did not need add more fuel to a highly-anticipated game. However, it decided to go that route.

After seeing Justin Jefferson come at Alabama last week, Ed Orgeron of the Tigers told media personnel that his team should not be feeding social media. In the same breath, the LSU head coach referred to Joe Burrow as the ‘best quarterback’ in college football and assured Tiger fans that the team will have ‘bigger games’ after facing the Crimson Tide at Bryant-Denny Stadium.

News came from Glenn Guilbeau, who covers the team for USA TODAY Sports.

“There’ll be bigger games down the road for us.”
… Coach O on Alabama game

Orgeron is not only claiming a spot in the College Football Playoff, but this is also a team that has not beaten Alabama in eight tries. The lone time it has won on the road versus Nick Saban’s bunch was in 2011 and times are certainly different now.

Hopefully, it will have Delpit at full strength because losing Divinity hurts and it allows the Tide’s offensive line to watch K’Lavon Chaisson and keep him from Tua Tagovailoa. The stakes for this game were already high, but Orgeron has decided to up them even more. On Monday, Saban and the players constantly talked on how it’s No. 2 and LSU is the top-ranked team.

Alabama is looking forward to the challenge and getting the chance to host it.

This matchup is starting to hit a feverish pitch and people cannot wait for it.

Did Auburn expose LSU for Alabama’s gameplan?
The big surprise Alabama is going to spring on LSU this Saturday will shock people
To Top
%d bloggers like this: