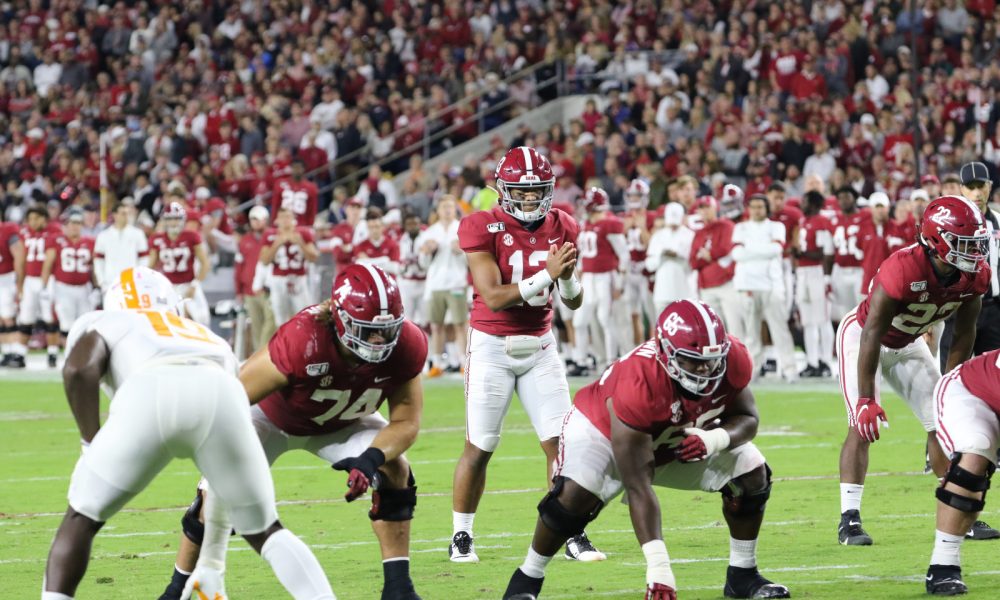 The biggest game of the 2019 college football season is close to kicking off as the LSU Tigers are set to take on Alabama in Bryant-Denny Stadium.

Touchdown Alabama’s staff predicts how this game will play out below:

Key Insight: “This is the game for Tua Tagovailoa to prove he is the best quarterback in college football. Expect some rushing plays from Najee Harris to be worked in for balance, but Tagovailoa looks to have his Heisman performance. Defensively, the Crimson Tide has to constantly harass Joe Burrow. If it can get him rattled, Alabama should be able to force turnovers.”

Key Insight: “Alabama’s and LSU’s defense will determine who wins this game. Both offenses are explosive and will make plays. Whichever team’s defense is disruptive and forces turnovers will walk away with the victory. This could be one of those games, where a Tide defensive player makes a name for himself. “

Key Insight: “It’s one of the biggest college football games in the last decade for a reason. Both teams have high powered offenses lead by quarterbacks, Tua Tagovailoa and Joe Burrow. The difference in the game will be the health of Tagovailoa’s ankle and judging by how he has practiced this week, it seems as if he will be ready to go. It won’t be 50-40 but it also won’t be 9-6.”