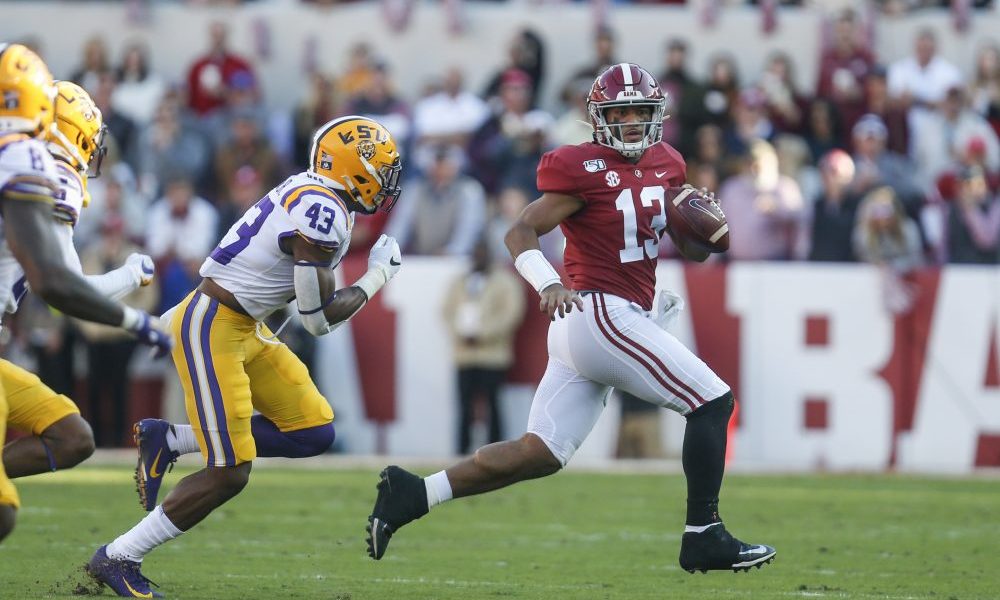 During Alabama’s game against LSU on Saturday there were many people of importance in attendance. From the President of the United States to former Alabama graduates were all on hand to witness the two heavyweights trade punches. But perhaps the most impactful of the attendees were the large number of NFL scouts seeing who they may pick in the 2020 NFL Draft.

It was reported by ESPN’s Adam Schefter that the Miami Dolphins had general manager Chris Grier and two other scouts attend the game which was the most represented NFL franchise at the game. 17 NFL teams went to the game with a total of 25 representatives.

Miami’s fanbase has adopted the phrase “Tank for Tua” and judging by the number of members from the team there may be some truth to that after all. A hobbled Tagovailoa was still able to perform admirably for his potential new home as he passed for 418 yards and four touchdowns.

Schefter also reported that Grier was also evaluating LSU quarterback Joe Burrow who looked every bit a number one pick as well passing for 393 yards and three touchdowns, leading the Tigers to a 46-41 win.

The Dolphins are one of the teams in a unique situation as they will have two first-round picks after trading former Alabama safety Minkah Fitzpatrick to the Pittsburgh Steelers. Although the Pittsburgh pick looks to be closer to a mid-first pick, there was enough talent on both sides of the field to warrant a selection at any point in the first round.

Players like Jerry Jeudy, Terrell Lewis, Justin Jefferson and Grant Delpit will all likely be on the minds of Grier as the first round progresses. But after watching both top quarterbacks perform it seems as if he will have a very difficult decision ahead of himself. And there may not be a wrong pick.