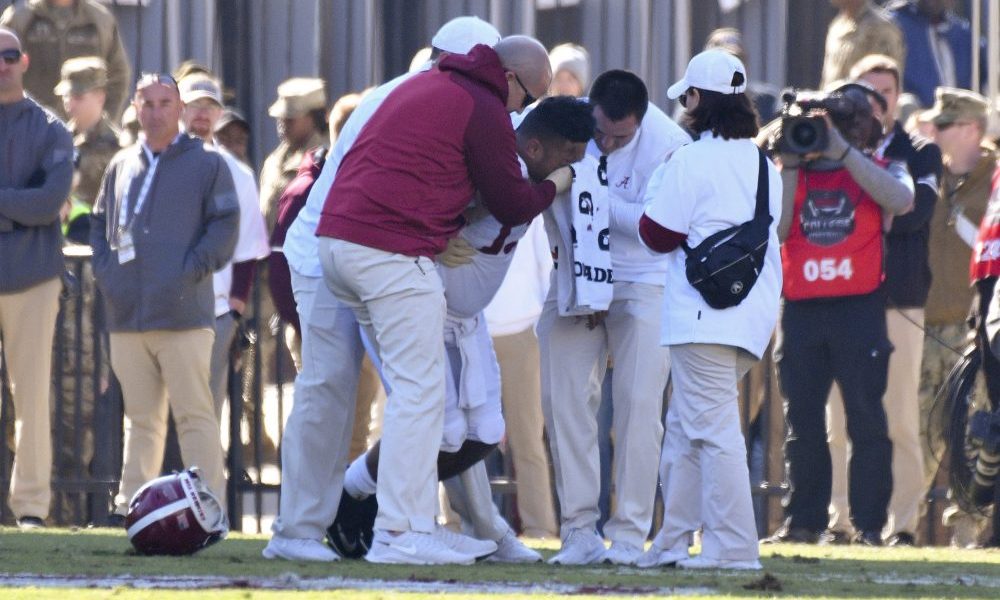 According to Aaron Suttles, Alabama quarterback Tua Tagovailoa will miss the remainder of the season with a dislocated hip and a posterior wall fracture. The injury occurred during the second quarter of Alabama’s game against Mississippi State when the Crimson Tide was leading the Bull Dogs 35-7.

“We hated that we got the injury,” head coach Nick Saban said during his postgame press conference. “We hate it for him. We hate it for his family. We hate if any player on our team gets injured. So, godspeed to him and his entire family.”

This is Tagovailoa’s second major injury of the season after having surgery on his right ankle following the team’s game against Tennesee.

It is unclear whether this will be Tagovailoa’s final game as a member of the Alabama football team but all eyes turn once again to sophomore quarterback Mac Jones who started in place of Tagovailoa against Arkansas.

Today Jones completed 7 of 11 passes for 94 yards. Against Arkansas he was 18/22 for 235 yards and three passing touchdowns.

“We have total confidence in Mac,” said Saban. “I thought Mac did a good job when he went in the game.”

This story will be updated.