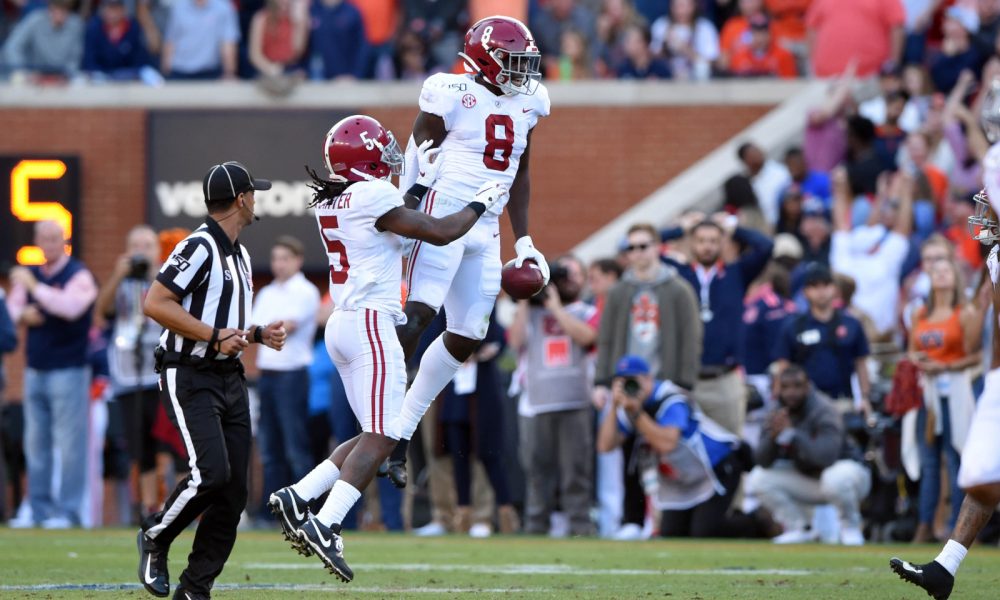 After releasing its SEC Team of the Year and All-American Team, Pro Football Focus unveiled its All-Freshman Team on last week.

A trio of young stars from the University of Alabama made the cut, including two players on defense.

Although it’s focused on the early signing period, the Crimson Tide will soon begin work for Michigan in the Citrus Bowl on Jan. 1, 2020.

The venue will be at Camping World Stadium in Orlando, Fla.

The 6-foot-7, 360-pounder was a five-star in the 2019 class and was a marquee contributor in helping Najee Harris record his first 1,000-yard rushing season. With Neal leading the way, Harris totaled 1,088 yards with 11 touchdowns on 185 carries.

Neal started all 12 games for Alabama, setting the edge for Harris to average 5.8 yards per carry and 90.7 yards per game.

He also did not allow a sack in 392 pass-blocking snaps.

Dale, a native of Birmingham, Ala., was honored on the defensive line.

As an interior player, he finished the regular season with 17 total tackles – including three for loss, one sack and one quarterback pressure.

The 6-foot-3, 308-pound was solid against the run all year and will look to fine-tune his technique as an inside pass rusher for next season.

Harris, who hails from Baton Rouge, La., was named at linebacker.

He was nervous through the first few weeks, but Harris made huge strides at weakside “Will” linebacker throughout the year. His regular season concluded with 54 tackles, including 5.5 coming for loss.

Harris also collected five quarterback hurries, one forced fumble and one fumble recovery in the Iron Bowl versus Auburn. He had the highest run-stop grade among freshman linebackers that played 200 or more snaps (9.7%) and this was by a wide margin.

The trio of Dale, Harris and Neal will be even better in 2020.