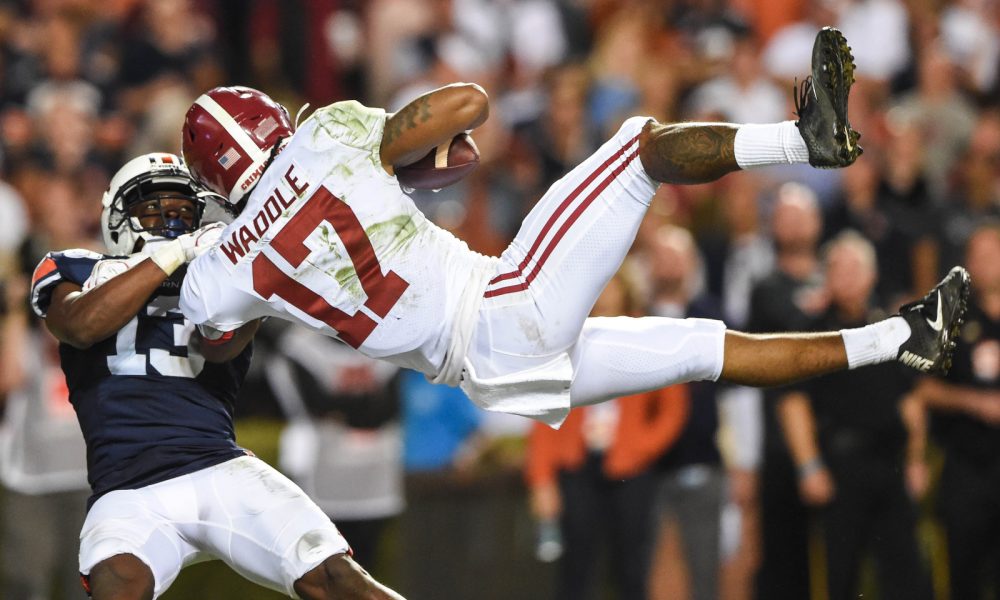 Named after the “Father of American Football,” Walter Camp, the Walter Camp Foundation was founded in 1967 to perpetuate the ideas of Camp and continue the tradition of selecting annually an All-American Team.

Camp was selected to an All-America team in 1889 and as a former Yale University athlete and football coach, he was credited with developing plays from scrimmage, set plays, the numerical assessment of goals and tries and the restriction of play to eleven men per side.

For the University of Alabama, three players were chosen as second team honorees for the Walter Camp team. The trio of Jedrick Wills, Xavier McKinney and Jaylen Waddle all represented the Crimson Tide on the list.

Wills and McKinney can potentially turn pro after this season.

Wills, a two-year starter at right tackle, allowed just one sack this year.

Along with protecting Tagovailoa, Wills cleared the way for Najee Harris to have his first career 1,000-yard rushing campaign.

Harris posted 1,088 yards with 11 scores on 185 carries. The former four-star in Wills blocked for five 100-yard outings, with four comes against SEC schools. He has Alabama as one of four finalists for the Joe Moore Award, which is presented annually to the best offensive unit.

McKinney, a two-year starter at safety, was the defensive captain.

The native Georgian was able to get calls communicated across the board, line players up on defense and make plays as well.

Waddle, a sophomore, is starting to get recognized as a kick returner.

His expertise is returning punts – seeing how he led the nation with an average of 25 yards per return – however, Walter Camp has him listed as a kick returner. Waddle showed he can excel in that area as well, especially after he took a 98-yard kickoff for a touchdown versus Auburn.

Former Alabama defensive back Cyrus Jones undergoes open-heart surgery
Alabama WR Jerry Jeudy says he ‘will play’ in the Citrus Bowl vs. Michigan
To Top
%d bloggers like this: