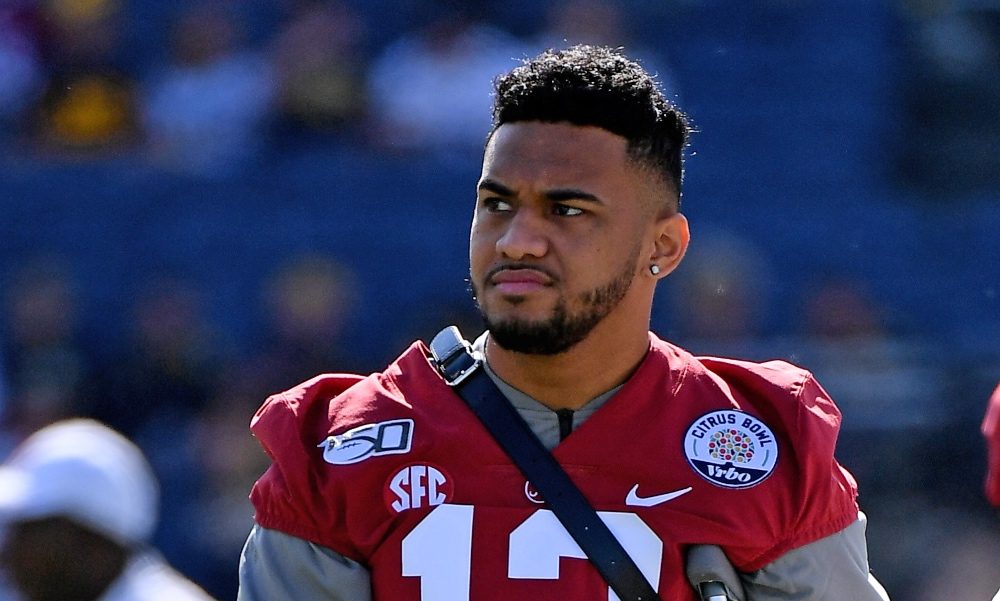 The surveillance over the hip of Alabama quarterback Tua Tagovailoa continued on Wednesday ahead of the team’s Citrus Bowl matchup with Michigan. During the pregame show, ESPN’s Marty Smith shared some information from his conversation with the team’s Director of Sports Medicine Jeff Allen about what the quarterback is able to do.

“Very controlled strength work right now. A lot of aquatic rehabs. They’re still in the phase where that fracture is healing so rehab is conservative right now,” said Smith. “They’ll advance to full weight-bearing over the next two to three weeks and then more aggressive strength work after that. The bottom line the rehabilitation is going great and he’s progressing well right on schedule.”

The progression of Tagovailoa’s rehab has been noticeable especially considering the condition he was in during the Iron Bowl. Roughly one month ago, the quarterback could only travel via a scooter or golf cart and was not able to move around on crutches.

Today Tagovailoa is using just one crutch and walking around with his teammates ahead of the bowl game.

Whether he decides to return or move on to the NFL it seems as if he is very much on track to being back on the football field once the season rolls around.