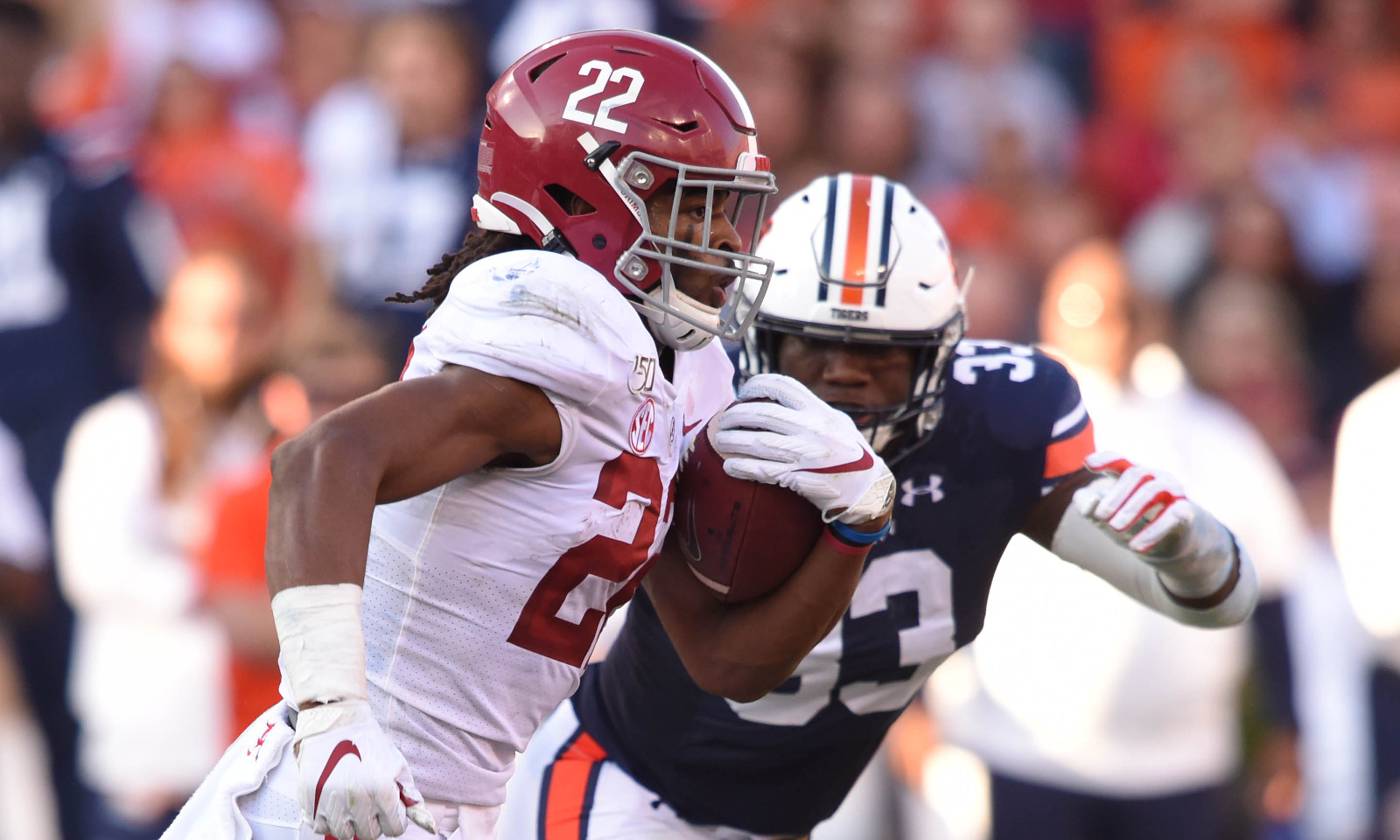 More reports are pouring in and with him being on campus for classes, it looks like Alabama football will have Najee Harris at running back for the 2020 season.

BamaOnline was first to report the story.

While people were expecting him to announce his decision via social media, keep in mind that Harris is a private person. He did not make a spectacle of his decision to commit and enroll at the University of Alabama in 2017 recruiting cycle, so he’s not treating this move any differently.

RELATED: Instant Reaction: Will Najee Harris return to Alabama? It’s looking like it

After dropping a few cryptic posts on his Snapchat and meeting with the coaching staff multiple times, the California native feels as though his best chance at a higher draft grade is returning to school and having a monster senior campaign.

Harris received a third to fourth-round grade from the junior committee, and it came on the heels of his first career 1,000-yard (1,224) rushing year.

The 6-foot-2, 230-pounder totaled five 100-yard performances and had 20 total touchdowns (13 rushing, seven receiving). He became a tenacious runner in the middle portion of 2019, but his versatility at receiver was a factor all season.

With the amount of backs entering the NFL Draft, it appears Harris has made the decision of wanting to be a first-round selection. The deadline for draft-eligible juniors to declare is Jan. 20, which is next Monday.

Five days remain for Harris, but it is safe to say he is back for Alabama.