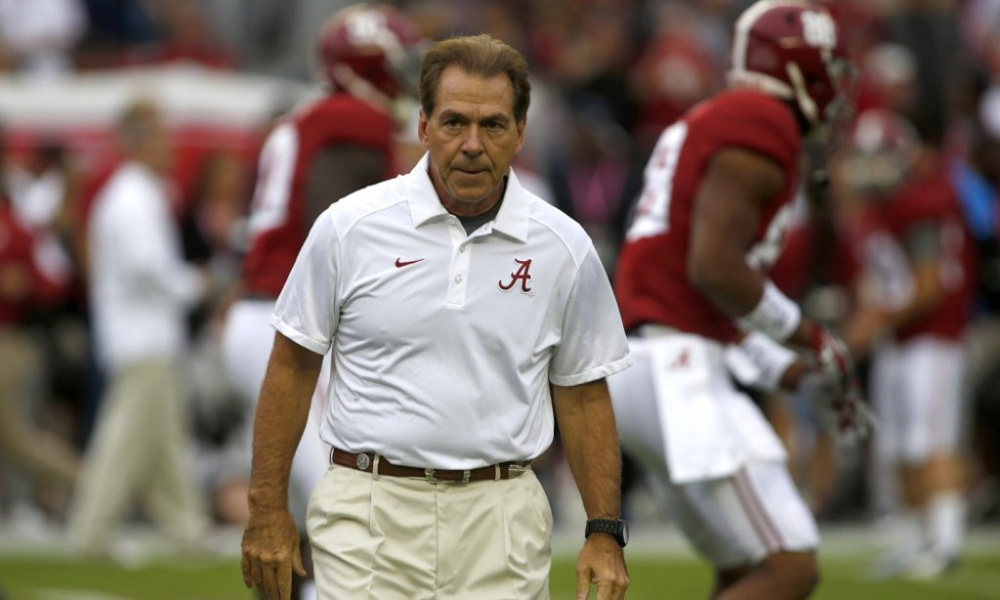 After not collecting a national championship in the last two years, the University of Alabama football program is out for redemption and respect this season. It graduated a few players on offense and defense to the National Football League, but a loaded roster returns for the fall.

Nick Saban is about to pursue his seventh national title – sixth at Alabama – as head coach, which would eclipse Paul W. “Bear” Bryant.

With spring practice starting on March 13, it is never too early to begin a conversation on College Football Playoff title odds.

Per the analysis from WagerTalk, the Clemson Tigers have the best odds (+225) of securing a championship while Ohio State is next at +400.

As the potential No. 1 pick for the 2021 NFL Draft, the native Georgian is coming for blood.

Ohio State will have a bunch of pieces – including Justin Fields – back, however, Alabama has been here before. Coach Saban witnessed his team fail to win a national title in 2013 and 2014, only to bounce back in 2015.

It has endured some defensive issues, yet this campaign will mark the return of the Tide being feared on that side of the ball.

Leadership players such as Dylan Moses, Joshua McMillon, LaBryan Ray, Christian Barmore and Patrick Surtain II are all back. The Tide recruited a bunch of talented freshmen and with the moves Saban made to his coaching staff, Alabama will be nothing to take lightly in the fall.

A quality schedule is one thing the Tide has to its credit.

It faces Georgia in week three and will travel to Ole Miss, Tennessee and LSU.

The trio of Texas A&M, Arkansas and Mississippi State should be moved improved and after dropping last year’s Iron Bowl, Auburn takes a trip to Bryant-Denny Stadium this time.

Should it not get hit by the injury bug, the Tide has a great chance of defying these odds and obtain the national championship.