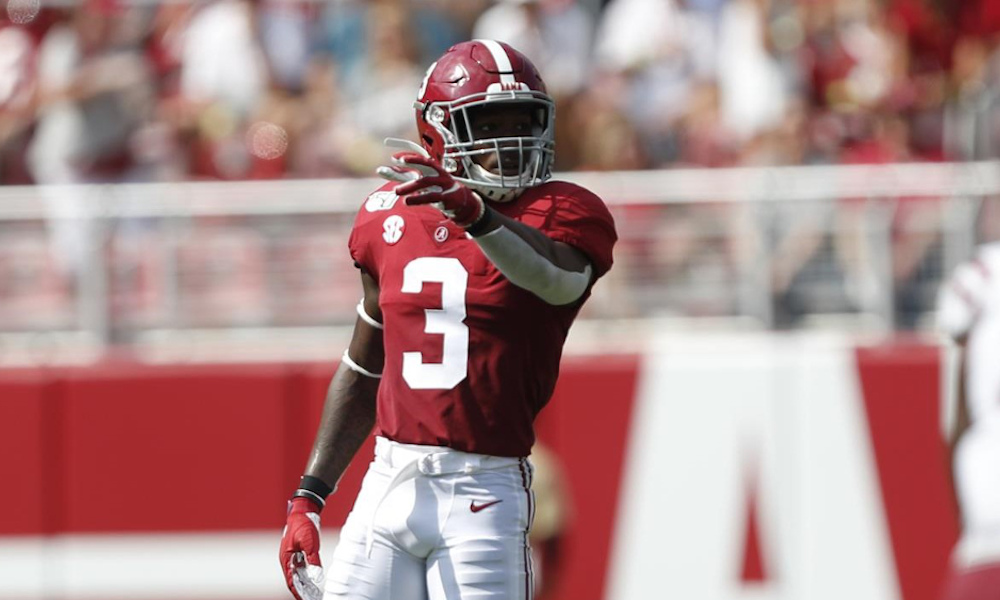 Regardless of how different they are, three positions remain the same in Nick Saban’s mind.

The student-athletes that became studs at the University of Alabama at running back, linebacker and defensive back had to wait their turn. T.J. Yeldon, Minkah Fitzpatrick and Dylan Moses are the lone exceptions to the rule; however, the majority of stars had to be patient for their moment.

He grew up watching his older brother dominate the free safety role at Florida, as he helped its defense capture a Southeastern Conference title and a national championship during the 2008 season.

Major Wright was special and he ended up getting selected in the 2009 NFL Draft.

Although he admires his brother, Daniel Wright wants more for himself.

He went to a different high school and chose a different college, but he’s prepared to gain validation in doing it his way… the Wright Way.

He arrived in the Crimson Tide’s top-ranked 2017 signing class with some heavy hitters.

Despite not having a mature body at the time, he quickly showed the coaching staff the asset he was on special teams. Wright blew up both kickoff and punt returners – sharing a team-high 10 total tackles on the coverage team.

He observed Fitzpatrick’s actions in leading the Tide’s secondary to a national title in 2017 and after a shoulder injury limited him to four games in 2018, Wright bounced back and played in all 13 matchups last season. He’s had to do some growing, but he has matured both mind and body.

Prior to him leaving the Tide for Georgia, Scott Cochran posted a video to Twitter of Wright maxing out his reps on the weight bench. Upon getting up, his chest resembled that of former Alabama safety, Mark Barron.

According to Jared Mayden, there will be a three-man race for both safety spots this season and Wright is one of the competitors. The former Tide safety told yours truly of Touchdown Alabama Magazine that Wright ‘is next to step up’ in the secondary.

“He has had to wait his turn like most of us, but he will definitely be a leader,” Mayden said.

Mayden and Wright were teammates for three years. The native Texan came in the 2016 class, but he knew there was something special about the young athlete from Fort Lauderdale, Fla.

“I knew Wright was going to be good since his freshman year,” Mayden said. “Not only was he covering kickoffs, but he also started in the dime package versus LSU that year. He just needed time to grasp the defense. Now that he has an understanding, he will step up this season.”

One thing Wright has is continuity on the defensive coaching staff.

Alabama returns Karl Scott (cornerbacks) for his third year and Charles Kelly (safeties) for his second season. Both Wright and Mayden were with Kelly in 2019 and per Mayden, the former national champion at Florida State has a ‘great understanding of formations and route concepts.”

“Coach Kelly keeps us alert by what plays to expect in various formations and plays coming by the down and distance,” Mayden said.

Jordan Battle and DeMarcco Hellams are two players Wright will compete against.

Battle, a four-star, gained experience in 2019 and recorded 30 tackles with one interception through 13 games. Hellams posted four stops in 12 games and after dropping some weight, the Washington, D.C. native anticipates being a major factor – especially in the dime package.

Wright has work cut out for him, but he does have 31 games of experience.

This will be a money season for him, and now is his time to own it.