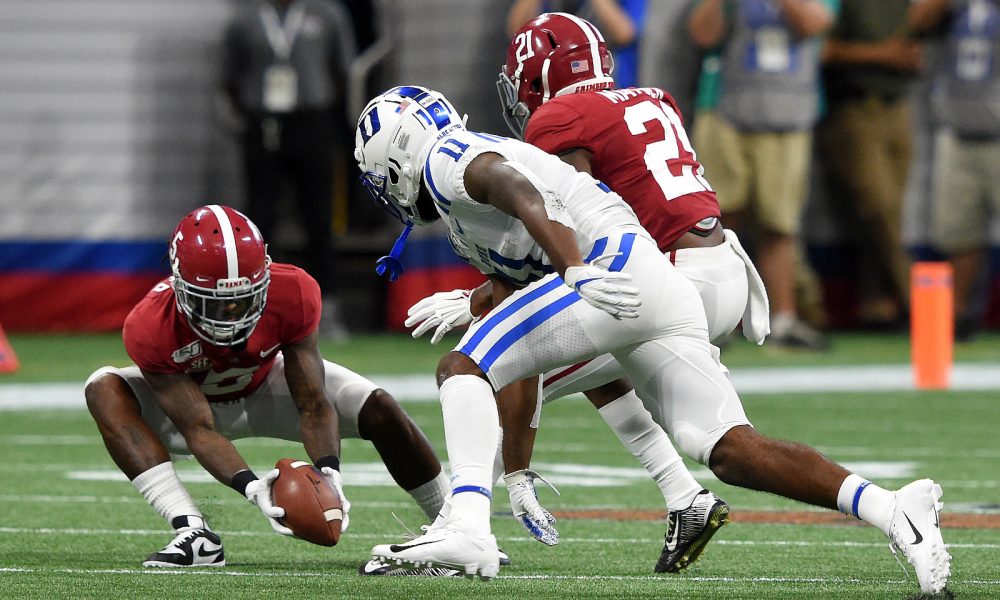 After getting passed on in the 2020 NFL Draft, it didn’t take long for Alabama defensive back Shyheim Carter to get picked up. Moments after the conclusion of the draft, the New York Jets signed Carter as an undrafted free agent, per his agent Yo Murphy.

Carter spent four years at the University of Alabama where he displayed tremendous versatility in Nick Saban’s secondary.

Saban has shared high remarks for Carter’s instincts and intelligence on the football field even saying that he may one day make a good coach.

“Shy has actually played every position here for us,” Saban said. He started out at cornerback, we made him star and because he was a pretty (good) star, we sort of had him play money. We also have him play safety. He can answer every question in a meeting about every position. He would be a great coach. It creates a lot of diversity for him as a player and it means something to him.”

Carter also helped the Crimson Tide win the national championship in 2017 and was also instrumental in the second comeback against Georgia during the SEC championship.

﻿
Former Tide LB Anfernee Jennings goes to Patriots at No. 87 in NFL Draft
Tua Tagovailoa shares heartwarming facetime calls with friends and family on draft day
To Top
%d bloggers like this: