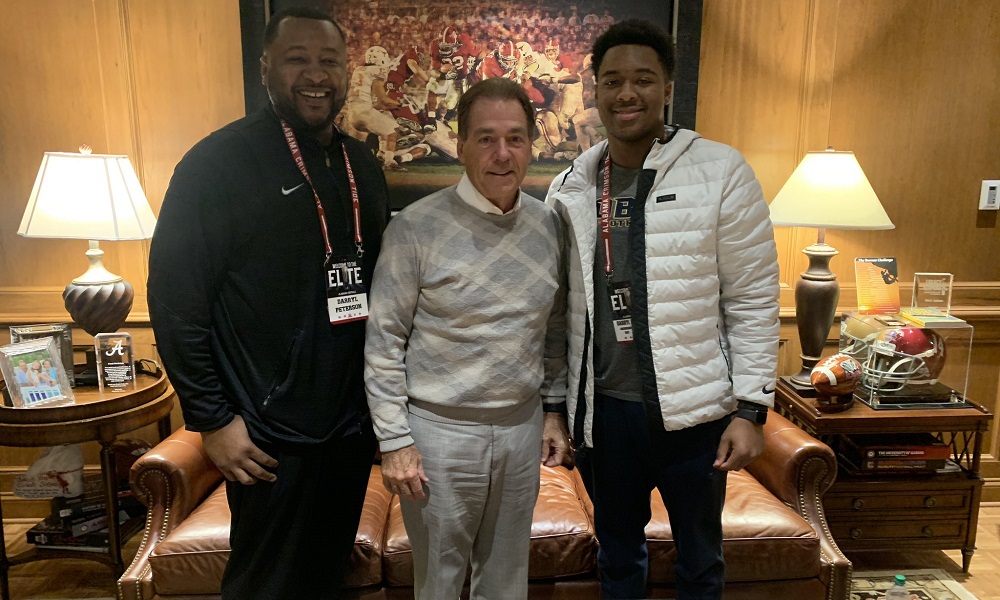 Darryl Peterson, a 2021 3-Star defensive end, has locked in an official visit to Alabama June 18-20.

Peterson is a product of Archbishop Hoban High School in Akron, Ohio. The Tide were included in a Final 3 Peterson released along with West Virginia and Wisconsin. The Ohio product expressed to yours truly Alabama had been in constant contact with him earlier this month.

“We talk every other day honestly,” Peterson said. “They have basically been telling me I am a guy, who they are really interested in mainly because of my versatility and how they think I can play all four linebacker positions on the defense.”

Peterson’s June will be packed with official visits. He has official visits set to Michigan, West Virginia and Wisconsin as well. These visit dates are subject to be canceled if the NCAA does not lift its current recruiting restrictions.

Despite some uncertainty about if he will be able to take his officials, Peterson is staying true to his commitment timeframe.

“It is going to be this summer regardless,” Peterson said. “If I can not take visits, it will be made earlier.”

The 3-star recruit is a unique prospect in his own right. At 6-3 and 235 pounds, Peterson finished his junior season with 45 tackles and 21 sacks, which is the single-season sack record for Hoban High school. It is not difficult to see why the Tide’s coaching staff believes Peterson can play multiple defensive positions.

He is relentless off the edge as an outside linebacker and never gives up on a play.

Three 2021 recruits are currently verbally committed to Alabama as they continue their push to build a highly ranked class. Peterson continues to look like one of their top defensive targets.

Alabama last hosted Peterson for a visit in February.