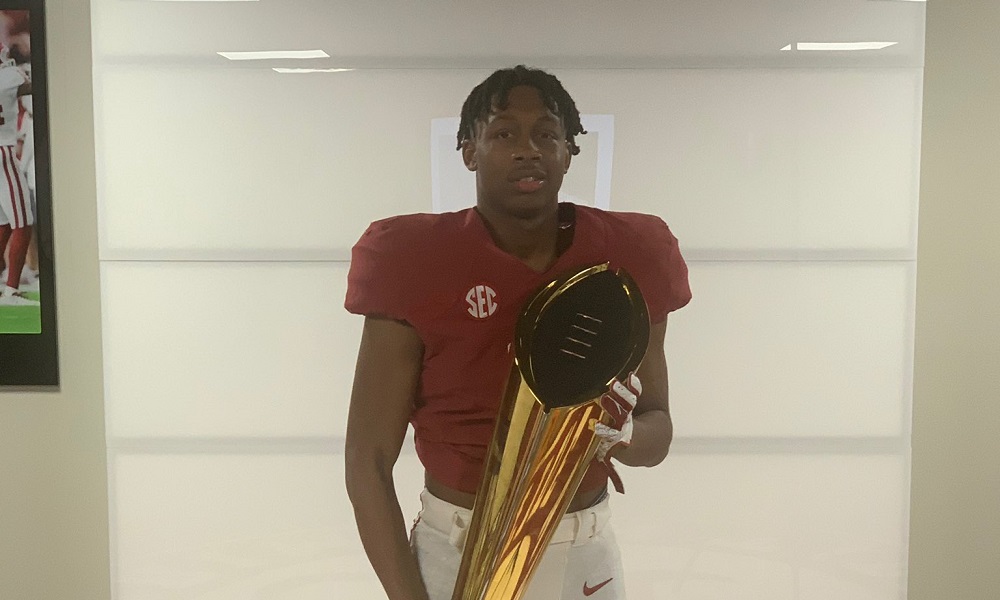 This is Miller’s eleventh Division 1 offer and his seventh SEC offer. Alabama has hosted Miller for a visit in the past as he was one of the prospects the Tide hosted for its first Junior Day event in February. The Memphis, Tennessee prospect said he feels this offer is special because Nick Saban selectively recruits.

“I felt amazing when my coach told me they offered me,” Miller said. “It is a blessed feeling to have an offer from a program like Alabama, who is under legendary coach, Nick Saban. Saban is going to go around and recruit the best guys he knows to make plays on the field. He does not give everyone this offer.”

Hometown program, Memphis, was the first school to offer Miller when they extended an offer to him in June of 2019. Michigan, Vanderbilt and Ole Miss are among the latest schools to jump on the 2022 prospect. Alabama is interested in Miller possibly playing multiple positions.

“They are talking about recruiting me as a defensive back and as an athlete,” Miller said.

Former Alabama defensive back, Marlon Humphrey, is one of Miller’s favorite NFL defensive back. The Hoover, Alabama native’s ‘size’ and ‘physicality’ at the cornerback position is something Miller really likes. At 6-2 and 185 pounds, Miller is a bit taller than Humphrey but possesses a similar frame.

Memphis Academy used Miller as a weapon on the offensive side of the ball as a sophomore. As a wide receiver, who runs tough and fights for the football. These skills should easily translate to the opposite side of the football with his ball skills and willingness to be physical.

The rising junior said he is working on his playmaking ability heading into his junior season.

“I am working on getting open more and my speed, so I can make more plays in the open field,” Miller said.

The Tide’s staff will continue to offer 2022 prospects and Miller looks to continue to give Alabama a good look.

Tua Tagovailoa surprises mother with a new car on Mothers Day
Tua Tagovailoa and the Dolphins officially agree on a four year deal
To Top
%d bloggers like this: