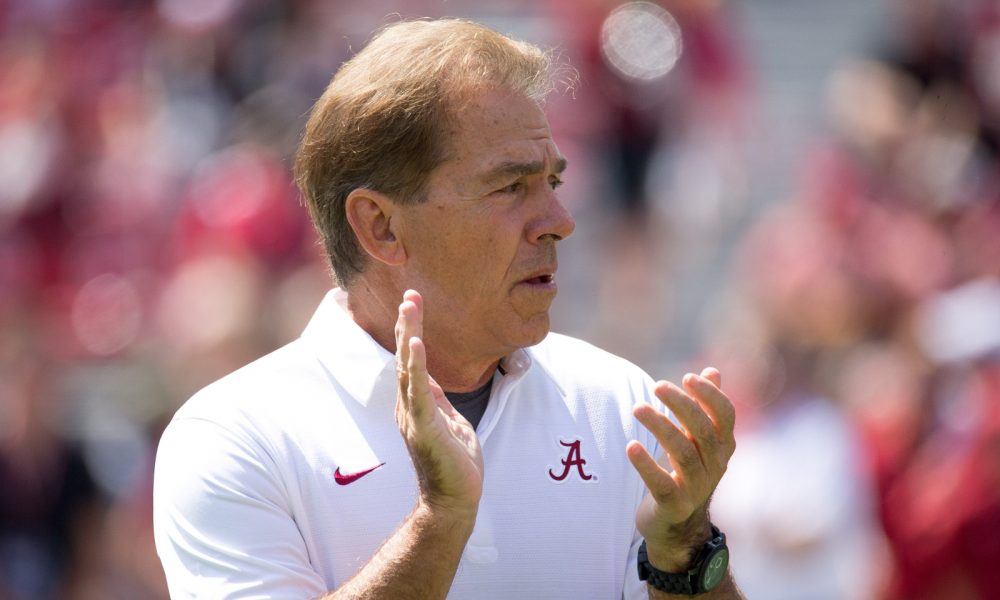 Regardless of those who feel like Alabama’s window of national championships is closing, the players and coaches inside the football program are carrying a different tune.

The third year in a series has served as a national title year for Nick Saban at Alabama, dating back to him being hired to the Crimson Tide in 2007.

After setting the program up for success in 2007 and 2008, Saban notched his first championship with the Tide in 2009.

Despite falling short in 2013 and 2014, he and Alabama struck again with a title in 2015. It lost to Clemson in the 2019 College Football Playoff title matchup (2018 season) and missed the CFP last year; however, it has only fueled Saban and company to return better than ever.

This offseason started with a genius move of trading in Scott Cochran for a new, scientific approach to conditioning and fans are excited.

The additions of David Ballou and Dr. Matt Rhea have not only been eye-opening to the coaching staff, but both have been working the players.

Much like in its national championship campaigns with Saban, this year’s team has a mixture of experience and intriguing young talent.

According to an interview he had on Saturday via Crimson Tide Sports Network, Saban said the veteran leadership on the team has been ‘very helpful’ this summer in workouts.

“There is no question that getting Smitty (DeVonta Smith) back, Dylan, Alex Leatherwood, Najee Harris, a couple of the offensive linemen that have good experience that could have been guys that were potential early-out guys,” Saban said, “all those things are very, very helpful not just from a knowledge and experience standpoint but the leadership that they provide to help other players on the team grow and develop.”

All the players Saban mentioned, aside from Dylan Moses, were explosive last season – despite Alabama suffering two losses.

Smith led the Tide in receiving yards (1,256) and touchdowns (14), while Harris posted his first career 1,000-yard rushing performance. As for Leatherwood, he graded out at 89 percent on his assignments at left tackle and only allowed two sacks.

Expect for these three and others to be even better this season.

For those who witnessed the fate of 2019, they return with full knowledge of what the “Bama factor” is and the steps needed to accomplish it.

The Crimson Tide will have a lot of motivation and should players remain healthy, it will have too much depth for opposition to overcome.

This team has started to develop a leadership group and the coming fall will be fun.

Nick Saban, coaches Zoom four times a week with Tide players with ‘good feedback’
Alabama Football: It has been 5,000 days since Tennessee has beaten Alabama in lopsided rivalry
To Top
%d bloggers like this: