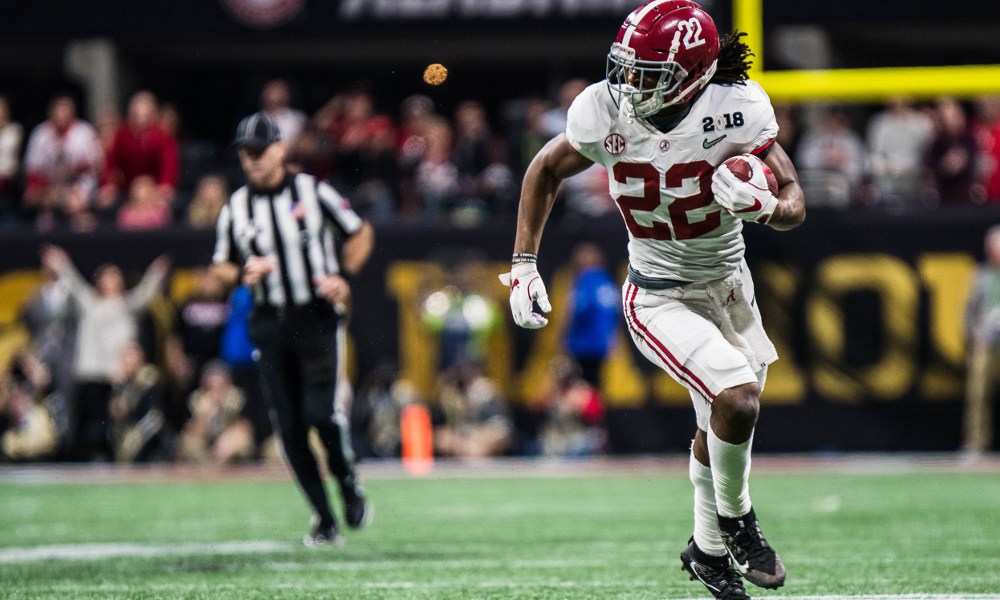 We know the slogan “speed kills” is true in the National Football League, but it begins at the college football level.

The toughest players to defend are those who are difficult to get an angle on and tackle.

It is usually the ones who work well in space and have a feel for the ball in their hands that end up creating scoring opportunities and causing nightmares for defensive minds.

During the middle portion of the 2019 season, Najee Harris started to tap into his potential of being a complete player.

With six 100-yard rushing performances, the former five-star via California ended the year with 1,224 yards and 13 touchdowns.

He also totaled 27 catches, including seven for touchdowns, and could have turned pro yet he chose to return to Alabama.

Now a senior, he has all the motivation to accomplish his personal goals.

While his main focus is winning a national championship, Harris has his sights locked on a possible Heisman Trophy, some All-American honors and getting selected as a first-round pick in the 2021 NFL Draft. The 6-foot-2, 230-pounder has clocked in hours of work this offseason, especially with a former pro running back. Along with Brad Lester, ex-Auburn player, Derrick Blaylock has dedicated time to helping Harris become the most dominant player in the sport.

A native of Atlanta, Texas, Blaylock was a talented back at Stephen F. Austin.

He was taken in the fifth round of the 2001 NFL Draft by the Kansas City Chiefs and played seven years in the league. Blaylock recorded 820 yards rushing, 520 yards receiving and 12 touchdowns during his career. He was with the Chiefs (2001-04), New York Jets (2005-06) and Washington Redskins (2007). In speaking with him on Wednesday, Blaylock told yours truly of Touchdown Alabama Magazine that speed is the primary thing he’s training Harris on.

“If he (Harris) gets faster, it makes him a more dynamic player,” Blaylock said. “He has all the tools. Once we get him down to 4.40 – 40 speed, it’s game over. Every player wants to be faster.”

With Blaylock, Harris has been exploding through bags in footwork exercises, keeping his pad level low, and doing overspeed training on a speed treadmill. Both Blaylock and Lester respect the athlete and humble personality of Harris; however, they also see huge potential of a monster season if he can faster.

Day 1 in the books with @ohthatsNajee22 This Dude is EXPLOSIVE and he FINISHES every DRILL!!! pic.twitter.com/I0ofY0ydS6

Day 2 in the books with @ohthatsNajee22 A glimpse of some of our WORK!! You ? what I want you to ?!! pic.twitter.com/QXmSpOC6aW

He has recently created a YouTube channel for Crimson Tide fans to see him go about his workout routine.

It is going to be exciting watching Harris at work in the fall.