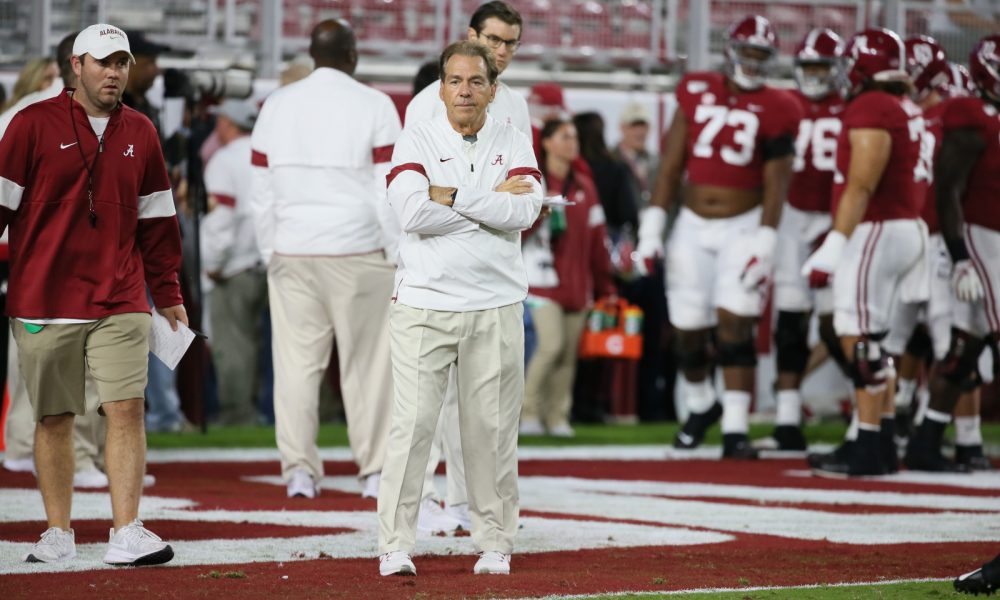 On Monday, a huge meeting will occur in Birmingham (Ala.) as Southeastern Conference Commissioner Greg Sankey and all 14 athletic directors from each school are scheduled to discuss the upcoming college football season and fall sports schedule.

A shake up happened in football on last week, as the ACC, Big Ten and Pac-12 conference decided on going to a conference-only look for the fall.

Due to the global pandemic, leaders within college football are very concerned with the safety of student-athletes, coaches, fans and everyone invested. When it comes to the SEC and the Big 12, neither conference has made a decision yet Sankey knows the sport we all enjoy is currently up against a lot at the moment.

With the University of Southern California canceling its season-opening matchup against Alabama for Sept. 5, the Crimson Tide has two options: find a replacement or transition to an SEC-only schedule. Aside from 2010 and 2011, Nick Saban typically likes his teams to be challenged to start the year at a neutral site venue against a respectable opponent.

In reflecting on college basketball and Major League Baseball, what makes both intriguing is the intermingling of leagues and conferences.

As for pro baseball, teams from the American League and National League face off in interleague play and it generates a ton of value.

If Alabama were to play at least two teams from the Big 12, it becomes must watch football for fans. TV networks would fight for those games, people would be in a frenzy to switch shifts with co-workers and attend games, and national media could not convince others on the Tide not having a compelling schedule. To start the season against TCU and replace Kent State with Oklahoma, Texas, Oklahoma State or even West Virginia would do wonders for Alabama.

Now, who would be against the projected schedule above?

The biggest plight for national media and Tide fans has been about Alabama’s schedule lacking appeal.

Whether it’s the student-body not staying all four quarters or the media stating how it’s not tough enough, Saban and company have been constantly hit about the schedule.

At the end of the day, football is of the entertainment industry.

Those who walk inside Bryant-Denny Stadium on Saturdays in the fall want to be entertained and have their attention captivated throughout the event.

With the exception of seeing young players score touchdowns or perform well defensively, nothing compels a Tide fan to continue watching a matchup versus Kent State, Georgia State or UT-Martin at Bryant-Denny or at home.

They may flip back and forth, but honestly fans will just watch highlights on SportsCenter.

Each game on the slate would be high competition, and one could create the feeling of “am I a true fan or not?” if it was to miss the contest.

Also, think about this… If the intermingling of Alabama with Big 12 schools was to hit, other conferences would use it as a model moving forward. The smaller institutions need money and nothing is wrong with collecting a pay day; however, if the Tide and Big 12 could work something out it would be huge for college football.